Windows 10 Users are facing a peculiar issue as they are unable to trace many of their daily need apps and Store app as well after they upgraded their machine from the antecedent version. So, in this article, our focus will be on the steps to Fix Common Apps Missing in Windows 10.

The apps have gone missing even before the final outcome of the operating system and at that phase users assumed that forthcoming updates will patch up the issue. Then it was revealed that those users have been affected more who have 512 or more apps installed in the All Apps section of the Start Menu. Well, Microsoft never lets go its user upset and hence running a PowerShell script has been suggested that will activate all the apps. So, let us proceed ahead towards the steps and see to fix Common Apps Missing in Windows 10 with the assistance of this script.

Sometimes Windows Store accompanies the missing apps and you could not be able to launch it. But it is not necessary in all cases.

How to Fix Common Apps Missing in Windows 10 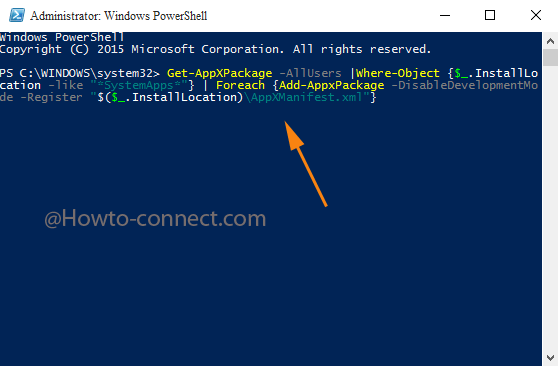