Conhost.exe is an executable application file from Console Windows Host group residing in c/windows/system32/conhost.exe location. The file was introduced first in Windows 10 back in 2009 which was updated and released in Windows 10 in 2015 again. It’s a part of Runtime error which indicated exe issues are triggered once the system attempts to load conhost.exe file at the time of Startup of often it’s already running from before.

Conhost.exe Issues in Windows 10 occurs usually when the program is running and the effect will eventually terminate it abnormally. In the meantime, multiple error messages appear on display confirming the system is running in trouble. These messages usually represent Windows is failed to locate this exe file at the time of booting or the extension is corrupted. Today in this write-up, we will be discussing few workarounds resolving Conhost.exe Issues in Windows 10.

Here are the Conhost.exe errors in Windows 10 –

After coming across one of these error texts on display, you may consider the system is having trouble with Conhost.exe. It’s not a hard nut to crack task to resolve the issues once the following workarounds are taken into account –

Here is how to fix Conhost.exe Issues in Windows 10 –

Booting in the Safe Mode is a method when Windows loads only the default programs and starts with original settings. The idea is to leave out all the third-party programs and resolve an existing issue present in Windows. This workaround is very famous for fixing even major drawbacks happening to the OS from long before. We can also try booting Windows 10 in the Safe Mode using below instructions –

Malware is the biggest threat to the security system in an internet-based periphery and they are available everywhere. These bugs are strongly coded programs that are formed in order to steal sensitive information from a well-secured system. They can travel through USB drivers and links attached to website or E-mail. When a user comes across any of the media of infection, they get easy access to the system and run riot there. They will not only encode sensitive data but also damage the system files. In the process, Conhost.exe Issues in Windows 10 comes up.

To detect such bugs in the system and resolve, Microsoft has introduced Windows Security with a robust build and real-time features to provide maximum protection. To use the default utility, follow the below steps – 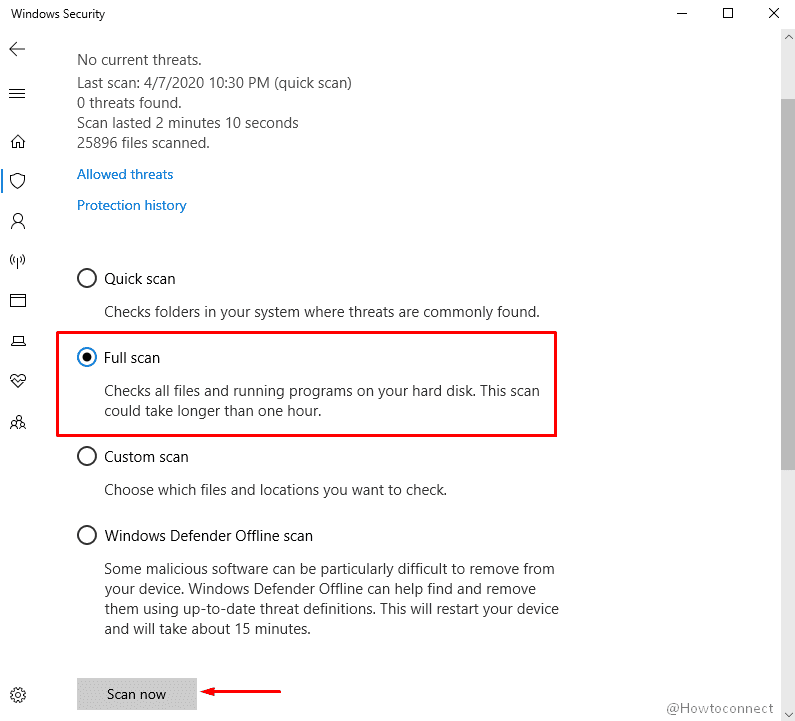 System files are the necessary components who helps to run the Windows smoothly. Sometimes, these files can be prey to corruption usually through infection from malicious invaders. Once the system files are found in corrupted condition, Conhost.exe Issues in Windows 10 may show up.

To fix the drawbacks, we need to rectify those Windows core components first. System File Checker is a top notch utility to serve this deal when activated in the elevated Command Prompt. To run the tool, follow the below guidelines –

Microsoft is very much keen to deliver the latest features to the users when necessary. As a part of this noble intent, cumulative patches and update builds are released at regular intervals. Such update files comprise of modern equipped features as well as fixes for existing problems.

We need to keep on installing the updates whenever available to keep the Windows 10 healthy. In the meantime, Conhost.exe Issues in Windows 10 can be fixed also. To install the latest updates, follow the below steps – 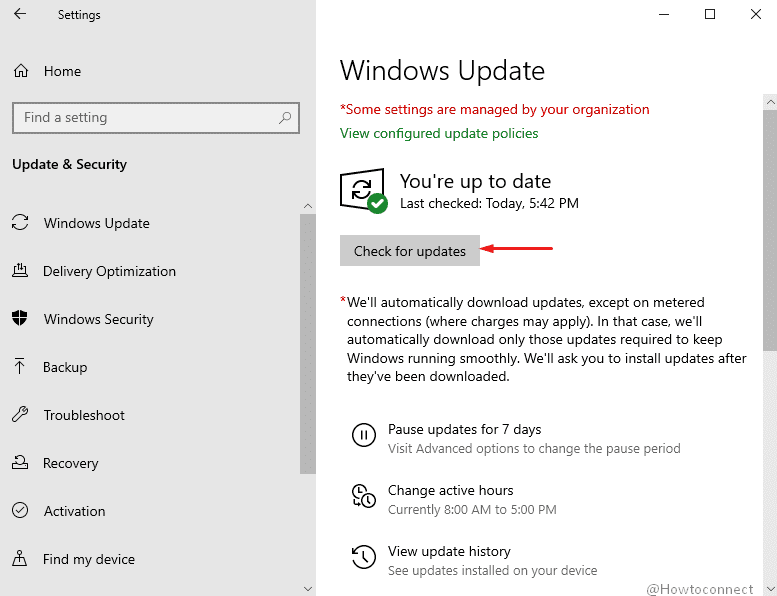 5] Remove the latest installed programs from the system

Conhost.exe Issues in Windows 10 often found to occur after installing a new program. The reason could be an invalid installation process or downloading corrupted software.

In that case, the solution is to uninstall the program as soon as possible before it causes more damage. You can re-install the same if the EXE issues are resolved. To remove an installed program from system, you need to follow the below instructions –

6] Perform System Restore and load the previous state of Windows

The process of reverting the windows state to a previously created Restore Point is called System Restore. The workaround will turn back the old state of Windows 10 where the Conhost.exe Issues were not present. If you have encountered the Conhost.exe issues after making a Windows Update of installing a new program and removing another, this resolution will be very much helpful. To accomplish the task, follow the below guidelines –

System Restore in Windows 10, 8 and set new Restore Points: How to do