Windows 10 users might encounter the problem of slow shutdown process. Actually, no definite reason exists which exhibits slow shutdown but few which could be culprits are malware. Lack of customization and running processes impact highly during startup. When you make shut down your PC Windows 10 would stay to get your response if the applications and other services are still running on the desktop. Due to which, Windows will take a lot of time depending on the running apps. Sometimes, it disturbs you while you are in haste to go for other important works quickly.

In this article, we are describing the solution of slow shutdown in Windows 10. You need to go to Registry Editor and change a few settings only to overcome this issue. Let’s see how.

How to Fix Slow Shutdown in Windows 10

In fact, when you change its settings in the registry editor the OS does not wait and kill the running apps forcibly and turn into shutdown mode. 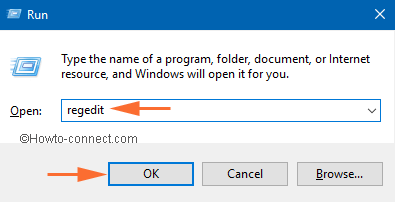 Note: If you haven’t found it you need to create this value in the Control registry key.

If you have interactive apps like Notepad or Word that run in the active user session then use another tweak.

We strictly prohibit you use the HungAppTimeout and WaitToKillAppTimeout tweaks because if you put the value too low then the app will not able to save the earlier data conveniently. We will also suggest you that you should not put the value WaitToKillServiceTimeout to 1 second or even to 12 seconds.

Hope, you will now get your PC to make speed up the shutdown process clearly.