These tips are only for Galaxy S3 I9300 model. Don’t attempt it on any other galaxy model. In addition, we are not answerable for any loss or brick during firmware update procedure. Galaxy users have to follow these tips at their personal risk. 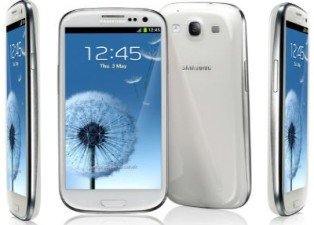 Steps to start a firmware update on S3 I9300

Download Odin 3.07 tool in ZIP format and extract it.

Switch off your Galaxy S3 I9300 device. Now boot to the device in download mode by pressing and holding the Volume Down, Home and Power button at the same time. Then device screen will prompt with Android robot logo.

Launch ODIN tool with Administrator privilege. To do so, press right-click .exe file of ODIN tool and click on Run as administrator option.

Now connect your Galaxy Note S3 I9300 device with your computer via USB cable.  Then “Added” message will display at the bottom in few minutes under ODIN window. During this, ODIN Windows will display connected COM port in Yellow color.

Next, select these four files in ODIN window at relevant options from extracted I9300XXEMB2 firmware folder.

As a result, your S3 I9300 device is ready to work with update XXEMB2 Android 4.1.2 Jelly Bean firmware. To check installed firmware version, go to Settings and tap on About phone.