Procedures to Fix Spinning Dots Black Screen During Update Windows 10. – Few Windows 10 computers might turn unresponsive while installing the build 15042. During the installation of this build, the PC turns into a black screen and only displays spinning dots. Moreover, the spinning dots appear for an unusual amount of time and this happens due to a corrupt registry key. Follow the solution to a frequently encountered problem – Fix: 0x80240439 Error Code While Installing Update Windows 10.

So, to solve Spinning Dots Black Screen During Update Windows 10, you need to run 3 commands. The main cause of Windows 10 update installation failure issue is that processes that initialize but unfortunately don’t complete due to flaws in registry entries.

If your PC freezes and shows never ending dots, then we are offering the workaround in this guide.

You can also follow a guide on How to Fix Windows 10 Update Error 0x80246019 on insiders systems.

Step 1 – perform a hard reboot when you come across Spinning Dots Black Screen During Update Windows 10.

Step 3 – Now, click Windows logo icon and type cmd. This will launch Cortana displaying Command Prompt (Desktop app) as the Best match. So, right-click on the result and from the four options that pop-up, click Run as administrator. 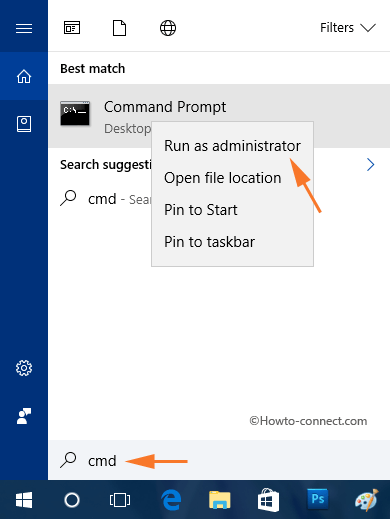 Step 4 – Next, click Yes and give confirmation to the UAC prompt.

Step 5 – Moving on, one by one copy-paste the below-mentioned commands on the Command Prompt. Moreover, ensure to press Enter after you insert each line of command.

Step 5 – After successfully executing all the three lines of command, close your Command Prompt. Now, to implement the changes, reboot the PC.

Step 6 – Finally, scan for the updates and re-install them.

Windows blog has provided this fix at the launch of this specific build. Many users have been complaining about the issues regarding the update of different builds so Microsoft has taken initiative. So If you encounter this problem this recommended fix will be ready to help you to come out.

Completing the above steps and correctly executing the command will clear up Spinning Dots Black Screen During Update Windows 10. In addition, the PC will install build 15042 without any hindrances. So, if your PC hangs while updating the build, give a shot to the steps and then have a smooth download.