Considered one of the most convenient music management Software available till date for Windows and Mac, Apple iTunes is now ruling the world. iTunes is used by a large number of computer users to manage iOS devices and create playlists. But, with the newer versions of mobile operating systems, the use of iTunes on mobile devices is ceasing.

Every Windows 8 user is completely accustomed to the built-in Xbox music app. Though it is a very good music app, it has some shortcomings. There are many users who are using Windows 8 on their computer systems and owning an Apple device. So, it becomes important for them to import all the playlists from the Apple devices to Windows Xbox Music. This article gives an insight into this problem. 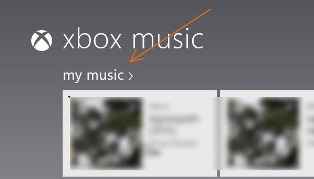 The earlier versions of iTunes did not allow the imports to any device, but with the upgrading of the Microsoft app, it now supports the imports to Xbox. Follow these steps to Import iTunes playlists to Windows 8 Xbox Music:

How to Import iTunes playlists to Windows 8 Xbox Music

Step 1: Go to the Start screen and click on the Music tile which appears on the screen. This will launch the music app.

Step 2: After the app starts running, click on My Music.

Step 4: Click on Import playlists option and then click the Import playlists button which starts searching for playlists in the Music library and also created in iTunes. Once the imports are made, you’ll see all imported playlists under Playlists.