Facebook Home is definitely a cool application for Android version Smartphones. According to sources, it will be launched on 12 April 2013 officially and bring special features to Google lovers. Apart from any other social applications for Android, Facebook Home targets to overtake the Android home screen with abundant of relative cover notifications. After adding Facebook home it will display the most important updates from your news feed on the screen in the right side regularly.

While you unlock your lock screen, Facebook Home will send people updates immediately. It allows you to know whole Facebook actions your friends any time. The center of the Facebook Home application focus is on text updates including friend’s profile picture in the left side. Whenever someone shares something online, Facebook will present a summary of his activities. This application offers a powerful algorithm that scans each notification and filters only the most important. One of the best features of Facebook Home application is it will send updates in the right side on the lock screen in order to save Android phone’s battery backup. 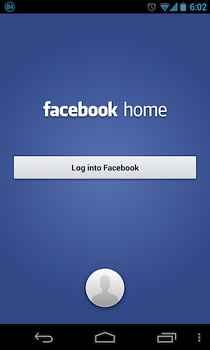 Another cool feature of Facebook Home app is known Chat Heads. When you get a chat invitation during playing any game on your Android phone, same time Facebook will display a circular icon on the right side of the game screen which can be moved anywhere on the screen. If you tap on a circular icon, it will start a pop up window. The window contains the history of the chat message where you can reply and continue Facebook chatting.

Facebook Home Android launcher app namely Facebook Home APK has been leaked and is present to be downloaded in the Google Play store. It will support Android handsets which do not run in more than 1280 by 768 pixels screen resolution.

The leaked Facebook Home app is available in three parts.