Apple users are super excited about the upcoming version and eagerly waiting to Use iOS 12 Features on their gadget. This version will define the best experience of new iPhone and iPad which is getting the release in late 2018. It is reported that in the beginning iOS 12 is going to include a redesigned look, modified Photos app, and rebuilt Siri as well. And for the later version, they will focus more on stability and digital balance along with some fascinating additions.

Apple also said that iOS 12 will be able to perform every task faster than iOS 11. However, without wasting much time, let’s see what features are coming with the latest version of iOS. 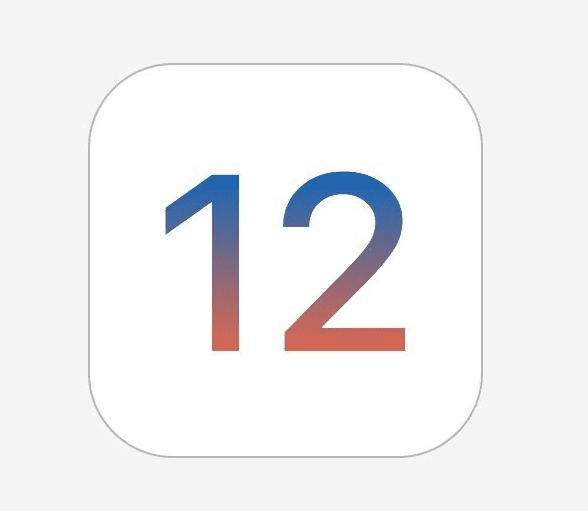 The most amazing iOS 12 features would be Memoji that can create your animated emoji. Isn’t it super cool! It will use the front-facing 3D camera to make it. To feel more realistic, you will be able to customize skin tone, facial structure, and accessories. Memoji will allow you to choose the best among a number of options.

Stick your tongue out – In the latest iOS 12, the Animoji will imitate your tongue sticking activity. But it depends upon you if you keep it or not.

New effects and filters – You will be able to share your Memoji in message box. Also, you can send your favorite stickers and new filters similar to in a chat too.

If you have a big gang to hang out with then you would love this feature.  With this feature, you can make a conference call with 32 people at the same time. This is applicable for both audio and video call. When you will chat with multiple people, you will be there on the tile on the screen. Whoever starts speaking, the tile of that person will be enlarged automatically. Oppositely, it will remain shrunk for those who are not talking. And again you can use your Memoji to make some fun while the conversation is boring.

Siri as your assistant

Siri is one of the most powerful digital assistants till now. Its new Shortcut app is created to provide service everywhere and the whole day. For example, Siri prompts a call on your friend’s birthday; it also offers to send a text to your boss while you are late in office. And if you are watching a movie, it reminds you to silence your ringtone and so one.

In iOS 12, Siri will be able to detect the repeat behaviors that you follow in everyday life. In that case, it will automatically offer help according to your daily schedule. Again, if you want to ask Siri to do anything you can create voice prompt for that. So, if you say order my coffee, it will place the order for you and make a shortcut tile for next time. Similarly, you can create a shortcut like I lost my keys or game time or Order groceries. By doing so, you just need to say this and your device will provide all service according to your need.

Do not disturb to Suppress your Addition to Phone

Do not disturb during bedtime – You may feel annoying to get notifications during sleep time. In iOS 12, you won’t experience this chatty notification issue anymore. You can turn off them before going to sleep and turn it on in the morning.

Screen time – iOS 12 will come with weekly report details that include usage of every app. You can also view how long you spent per application, the number of notification you received from them and so on.

Set App limit – If you want to set limits for a specific app, then it’s possible in iOS 12. Sometimes we need to make the restrictions for our kids so that they cannot use a specific app like movies and games for a long. In that case, you can use an extension and set it up to limit an app usage.

If you love to be organized, iOS 12 has a good feature for you. Normally we get notifications from all apps in the identical place. But now everything will be shown in a sorted list. You will see the Notifications in 3 separate groups App, Topic, and Thread. Also, you will be able to swipe the old notification in a group.

Search Photos in a better way

Now you can search the stock of photos on iOS 12 in the categories such as people, and scenes. It also includes a new feature named For you that shows you the memories, gives suggestions to share photos and so on. It accumulates your every photo with full resolutions in the iCloud photo library. And whenever a friend sends, iOS 12 will start searching similar photos in the library instantly so that you can send it back.

AR is going to be big

One of the salient iOS 12 features is augmented reality. Several people can be in contact in same AR experience in real time using this.

New AR apps help you to get an accurate measurement of an object from real life. You just need to place the object in right position.

The company is trying to make you capable of dropping a 3D object into the real world, such as a toy or lamp or character. So Apple has developed USDZ file format, to work together of Pixar.

In iOS 12 News app got a new look and appearance. Apple itself picks the top stories for the users and presents in personalized feed where you will get the stories from the trusted sources. Furthermore, there will be browser tab where the channels and topic will be shown. Therefore, it will be easier to jump to your favorite channel quickly.

The stocks apps will be more modified than earlier. It will show the stock performance throughout the day and also add the price in every one hour. If you want to read an article, simply tap on the title and you will get it without leaving the app. Right now this application will be working on iPad in iOS 12.

Apple declared that Voice memo has been redesigned in iOS 12 and will be available on iPad. Now onward your recordings will stay in sync with all of your devices through iCloud.

In iOS 12, Apple is upgrading ebook app. Now it will be Apple Books instead of iBooks. You will experience the new look of iBook addition to its name. Apple books offer you a preview which helps you to start from where you left off.

Carplay is getting Google Maps

This is one of the most discussed iOS 12 features. After updating the device to iOS 12 operating system, Carplay will support  Waze and Google Maps.

Though QR code was available in iOS 11, you will get it rather renovated in iOS 12. Instead of pointing the camera exactly, simply point it on the QR code and the app will automatically highlight it once identified. To make it more user-friendly, you will be able to add QR code reader in your Control Center.

The Closing app is now easier to use. You just need to swipe up once and one more time on the app which you want to close.

Portrait mode has been renovated in iOS 12. Once the camera detects a person, it will generate a mask to separate the person and scene.

In iOS 12 Face ID is getting major improvement. Now you can add two faces in order to unlock your phone in Face ID & Passcode settings.

That’s all for iOS 12 Features.