The second Tuesday of every month is the patch day and Microsoft has released all these cumulative updates on this occasion. 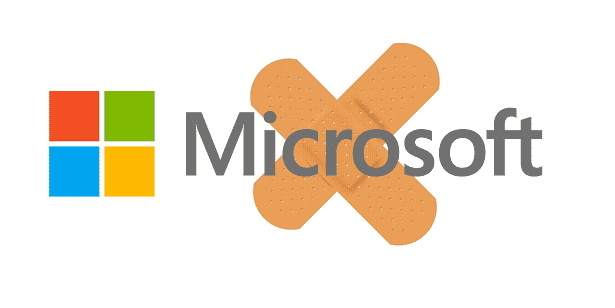 First of all, let’s see the respective builds for each cumulative update –

Here are the details of each build’s features and fixes –

KB4103716 update brings quality improvements. No new operating system features are being introduced in this update. Key changes include:

KB4103716 comes to update Microsoft Edge and Internet Explorer (IE) browsers to respect the video preload flag in some situations.

Microsoft Works on a problem regarding some sscanf functions refuse to stop reading characters from the input buffer.

They pay attention to an issue that causes the system to stop functioning with a 0x139_e_INVALID_REFERENCE_COUNT error.

They repair a bug that may cause an error when connecting to a Remote Desktop server.

If you installed previous updates, KB4103716  package will be effortlessly downloaded and installed.

KB4103721 workouts on a problem with the April 2018 Windows Servicing update that leads App-V Scripts to cease working.

The team repairs bugs that may affect certain devices to be unresponsive when using apps, for example, Cortana or Chrome, after getting the Windows 10 April 2018 Update.

They exercise on a problem that blocks VPN applications from working on builds of Windows 10, version 1803. These apps were developed using an SDK version that heads Windows 10 V1803 and applies the public RasSetEntryProperties API.

Solves the problem that may throw an error when connecting to a Remote Desktop server.

Microsoft Fixes an issue that blocks the deployment of earlier delivered feature updates with “ConfigMgr” and Windows 10 service plans.

They give assistance to regulate the usage of “Indirect Branch Prediction Barrier (IBPB)” under certain “AMD processors (processors)” to mitigate “CVE-2017-5715”, “Spectre Variant 2” when shifting from user context to kernel context.

Furthermore, you can view AMD Architecture instructions around Indirect Branch Control and AMD Security Updates for to know details. Pursue the guidelines mentioned in KB4073119 for Windows Client (IT Pro) and KB4072698 for Windows Server manual to allow usage of IBPB within certain AMD processors (CPUs) concerning mitigating Spectre Variant 2 when switching from user context to kernel context.

Microsoft Windows 10 team solved a Problem in IE that might cause communication between web workers to break in some asynchronous situations that carry multiple visits to a web page.

The team Worked on the issue that occurs when multiple processes are limited by rate using job objects. The problem can generate numerous symptoms including, but not limited to, system process, interrupt time CPU spikes, high privileged time, and extended system or processor queue lengths.

Tried to solve an issue with the April 2018 V1803 Windows Servicing update where App-V Scripts (User Scripts) obstruct from running.

Microsoft team Fixed a problem that causes the Drain Manager Cluster service to sometimes be stuck in the draining state.

They worked on a transient error that may rise a disk to go to the NoRedundancy state in a Storage Spaces Direct configuration.

The team Enhanced resiliency in managing network troubles that may cause highly available VMs to be disabled because of I/O timeouts or Cluster Shared Volumes dismounted messages.

Repaired a mess up that prevents users from typing Hangul rightly with Microsoft Korean IME in Word Online.

Settled down a bug that makes users unable to select a Microsoft add-in on a second monitor.
Microsoft Windows 10 team fixed a problem that may generate an error code when connecting to a Remote Desktop server.

Patch KB4103727 comprises the workaround on an issue in Internet Explorer (IE) that might cause communication between web workers to break in some asynchronous situations that include multiple visits to a web page.

This cumulative update has the solution regarding IE including the built-in browser Microsoft Edge to consider the video preload flag in certain conditions.

The Microsoft Windows 10 team worked on a problem on AMD platforms that generates the intermittent loss of USB port functionality after returning back from Hibernate (S4).

In this parch also they worked on a bug with the Windows Servicing update that causes App-V Scripts (User Scripts) to stop running.

Microsoft fixed a mess up that restricts users from typing Hangul correctly with Microsoft Korean IME in Word Online.

The patch includes a solution for a problem that prohibits users from choosing a Microsoft add-in on a second monitor.

Approaches a known issue in KB4093105 that may throw the message “We couldn’t download Windows Mixed Reality software” on specific devices.

The Windows 10 team worked on an issue that may generate an error when connecting to a Remote Desktop server.

KB4103731 Patch for Windows 10 Build 15063.1088 worked with respect to a problem in Internet Explorer that may make communication between web workers to break in certain asynchronous situations that includes multiple visits to a web page.

This cumulative update also carries an enhancement for Internet Explorer and Microsoft Edge to respect the video preload flag in certain scenarios.

Microsoft has settled down the bug with the April 2018 Windows Servicing update that causes App-V Scripts (User Scripts) to stop working.

KB4103731 provides a workaround on an issue that doesn’t allow customers to pick a Microsoft add-in on your second monitor.

Microsoft focused on a problem in this patch an issue that may lead to error when connecting to a Remote Desktop server.

KB4103731 Patch Windows 10 Build 15063.1088 has come with Security updates to Edge, Internet Explorer, moreover Microsoft scripting engine. The same is applicable to Few other Components and segments from Microsoft.