KB4464455 cumulative update as Windows 10 Build 17763 Slow and Release Preview rings reached the Insiders with certain modifications in the fast ring update. The patch includes fixes for Task Manager, Microsoft Edge, application, and driver compatibility. You might have known that Windows 10 October 2018 update is the same update in the fast ring.

Insiders in the slow ring can download Windows 10 Build 17763 from the “Update & Security” section of the Settings program. All they need to do is click on the Check for updates button from the right hand pane. 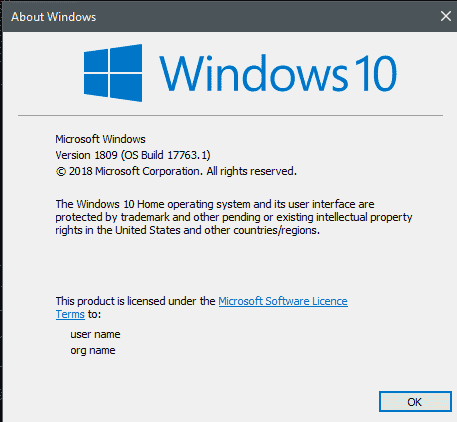 KB4464455 includes a solution to IME would not work in the first process of a Microsoft Edge user session.

They solved applications would become unresponsive after resuming in some cases from Connected Standby.

They solved driver compatibility in KB4464455.

UPDATE 2 October 2018 – Microsoft delivered “Windows 10 October 2018 Update” (17763) to the Release Preview ring. Today also characterize general availability of the Update which is rolling out in a phased and controlled rollout.

So go quickly to the Windows update section and click Check for updates button to receive 17763 if you have chosen the slow ring. You will enjoy the build with new fixes and better experience.