You will get this cumulative update automatically using Windows update system, alternatively, you can download KB4467682 from Microsoft update catalog. In case, you haven’t obtained the patch till now then advance to Settings => Update & Security => Windows update and click on Check for updates right now. 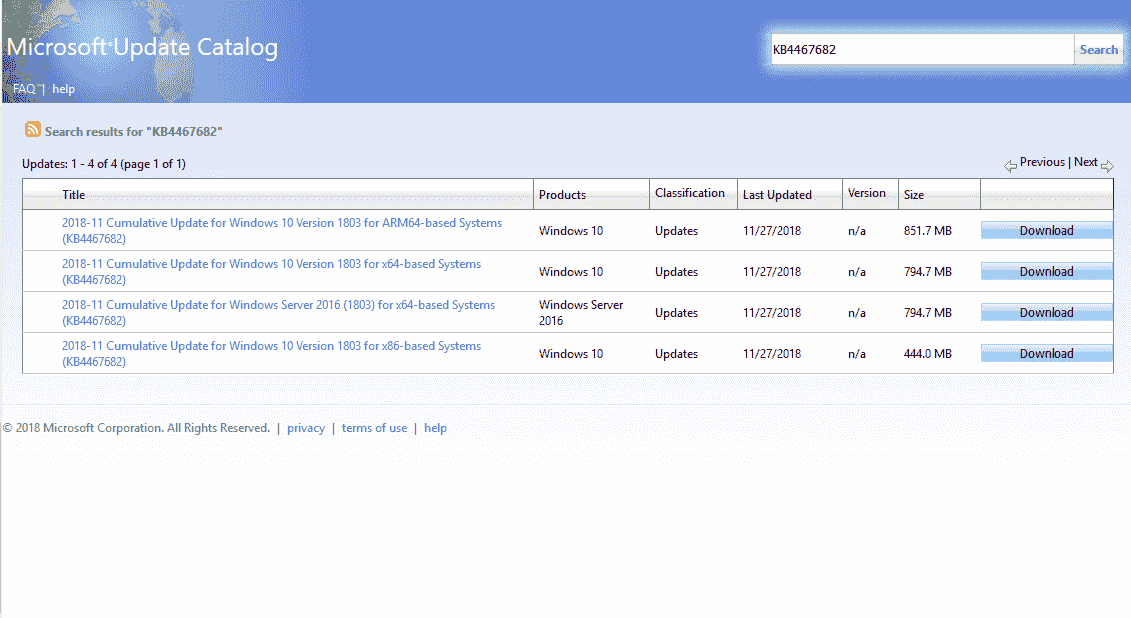 In case, you already installed previous updates, only the new fixes included in KB4467682 package will be downloaded and installed on your device.

Microsoft firmly suggests you install the most recent servicing stack update before getting the latest cumulative update. SSU makes the reliability of the update process better to mitigate potential problems while installing the LCU.

You will receive the latest SSU (KB4465663) automatically otherwise you can manually install the stand-alone package (MSU File format) after downloading from Microsoft Update Catalog.

To download KB4467682 and install, navigate to Settings => Update & Security => Windows Update and click on Check for updates.

If you want to download KB4467682 as stand-alone package then go to the Microsoft Update Catalog website.