Microsoft has rolled out KB4470200 Windows 10 Cumulative Update Build 18277.1006 to Windows Insiders in the Fast ring. The patch includes an improvement in and a fix. On the Diwali day, Windows 10 Insider Preview Build 18277 came on the air with a bunch of new features and improvements. This patch is the addition to the update.

You will automatically receive the KB4470200 on your system. If you haven’t got till now then advance to Settings => Update & Security => Windows update and click on ‘Check for updates’ right now. 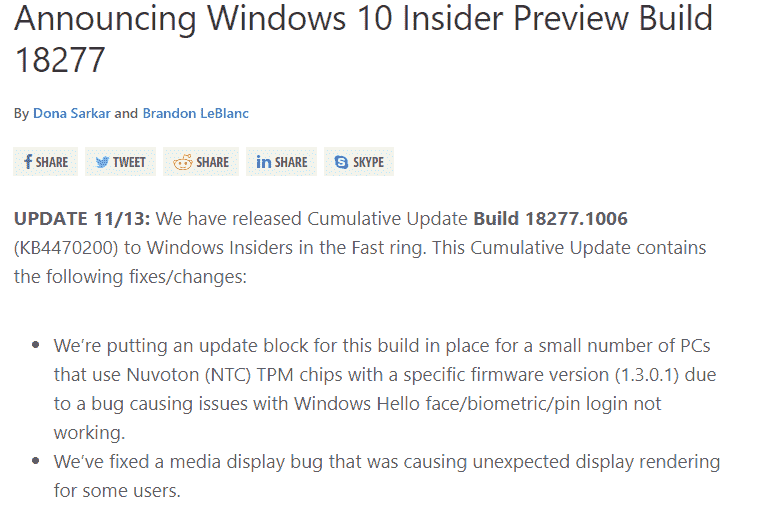 The patch comes up with 2 important changes –

The striking feature among all was the combination of Cortana + Amazon Alexa. This is introduced now for US users and the can use both of the virtual assistants reciprocally.  Calling on Hey Cortana, open Alexa will work reliably. In contrast, when you say Alexa, open Cortana using Echo devices you will experience the Cortana.

The Storage section has also got a feature to tell how your storage is used. This will help you Click on the different categories to take action and free up some space.