Another cumulative patch is unfolded by Microsoft on the 1st day of March and KB4482887 for Windows 10 1809 version Build 17763.348 has made its way out. Apart from regular patch Tuesday Schedule, this new release contains remarkable fixes inside associated with Remote Desktop, Windows Hello, Action Center, shared folder, PDF in Microsoft Edge and so on. Furthermore, as the company addresses, the OS build has several quality improvements including a few methods aiming at enhancing Stability.

Users running Windows 10 v1809 in their devices will receive KB4482887 automatically. We will be elaborating the improvements, Bug fixes, Quality enhancements of this release in the following segment. 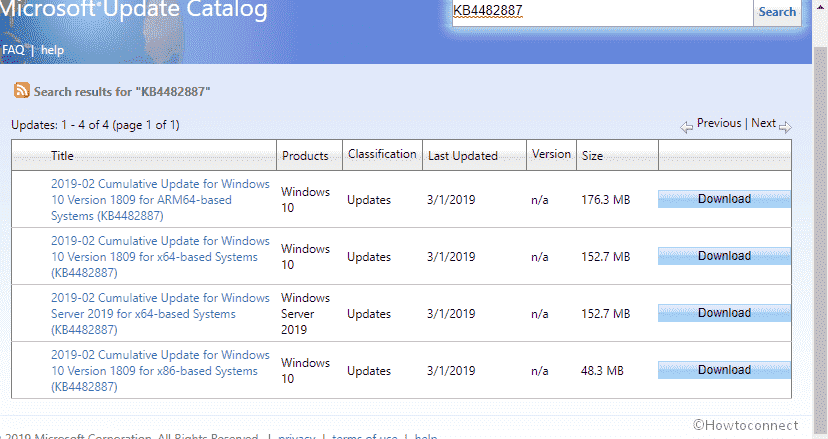 After installing the new patch, you might face a few difficulties. Microsoft has released the proper fixes for those in the announcement as well. Have a look in the table below contains symptoms and the respective fixes –

Procedure to Install the Update

If you are running Windows 10 v1809, you can have the available updates following through the Windows Settings app. However, if you have already installed the previous patches, the new package will have only the new fixes and improvements upon installation to your device.

Microsoft recommends the users to receive the latest SSU for the Windows 10 before proceeding to download this latest cumulative update (LCU). The reason they strongly urge is, these SSUs will improve the reliability of the new update. Furthermore, it will also potentially mitigate associated issues coming up while installing LCU with fixes given by Microsoft. You can proceed for installing this update using the following guidelines –

Step-2: ON the consequent App windows, move ahead to Update and Security tile and make a click on it when reached.

Step-3: Moving on to the next page, select Windows Update from the left pane and move alongside right.

Step-4: Select Check for updates option from here and wait until the searching ends.

Step-5: Hit the Download option available under the found update. Once the downloading finishes, Install the update using the on-screen guidelines.