Windows 10 Build 18351 (19H1) comes up for the insiders who opt Fast ring level. The update includes only fixes and there is no new feature. Prior to the release of Windows 10 1903 April 2019 version, the build brings fixes for the game State of Decay download issue, Explorer.exe crashing, incorrect time in Sandbox, and lots more.

You will receive Windows 10 Build 18351 automatically if the Windows update is not disabled or paused. If you haven’t got till now, navigate to Settings => Update & Security and click on Windows update. 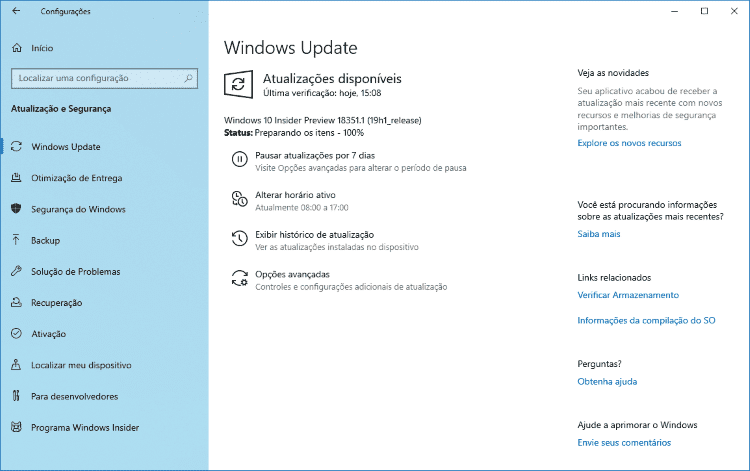 Known issues of the build