The February cumulative update KB4487020 for Windows 10 version 1703 is out. Being a quality update, there is no new OS feature coming along with this patch. The update does carry the security updates to various system components.

You will obtain the patchday update itself unless and until the Windows update is either not disabled or paused. In addition, you can download KB4487020 manually from the Microsoft update catalog website in standalone file format. 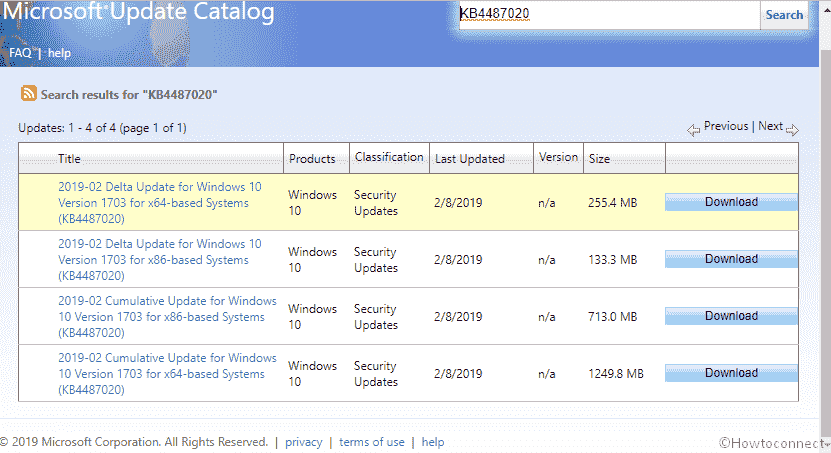 In case, you would prefer to know details about the resolved security threats and vulnerabilities/issues, you can refer to the Microsoft security update guide.

In some case, users may encounter loading a webpage on Microsoft Edge using a local IP address failing after the installation of the update. Results can be failed browsing fails or an unresponsive webpage.

Workaround – The developers are still looking for a resolution. We can expect this issue to be resolved in one of the upcoming updates. Meanwhile, you can try the following workaround –

Step-1: In the taskbar search box, type Control Panel. Thereafter, click on the result to open the applet.

Step 3: Go to the Security tab. Then, select the Trusted Sites icon and click on the Sites button.

Step 4: You would see a checkbox corresponding to Require server verification (https:) for all sites in this zone. Clear it.

Step 5: Type the local IP-address which failed to load in the Add this website to the zone: box. Then, click on the Add button.

Step 6: Check-mark check box corresponding to the Require server verification (https:) for all sites in this zone option.

Step 7: Clock on the Close button and then the OK button when prompted. Finally, restart Microsoft Edge.

KB4487020  is available for automatic update via Windows Updates. So, your system will be itself downloading and installing the patch. Your device will receive only the additional fixes if you have obtained all the previous pushes. You are able to download KB4487020 as stand-alone package through the Microsoft Update Catalog site. If your system is experiencing any delay in receiving this patch, try this:

This will fetch updates in case there is any pending one for your system.