KB4499167 for Windows 10  version 1803 is out with several key changes and improvements. The patch addresses various issues and also includes a wide range of security updates for multiple components of the OS.

In case, you have received earlier updates, then only the new fixes that KB4499167 patch Tuesday cumulative update includes will be downloaded and installed as well. Moreover, you can grab this package either directly via Windows Update or manually through Microsoft Update Catalog as standalone file. 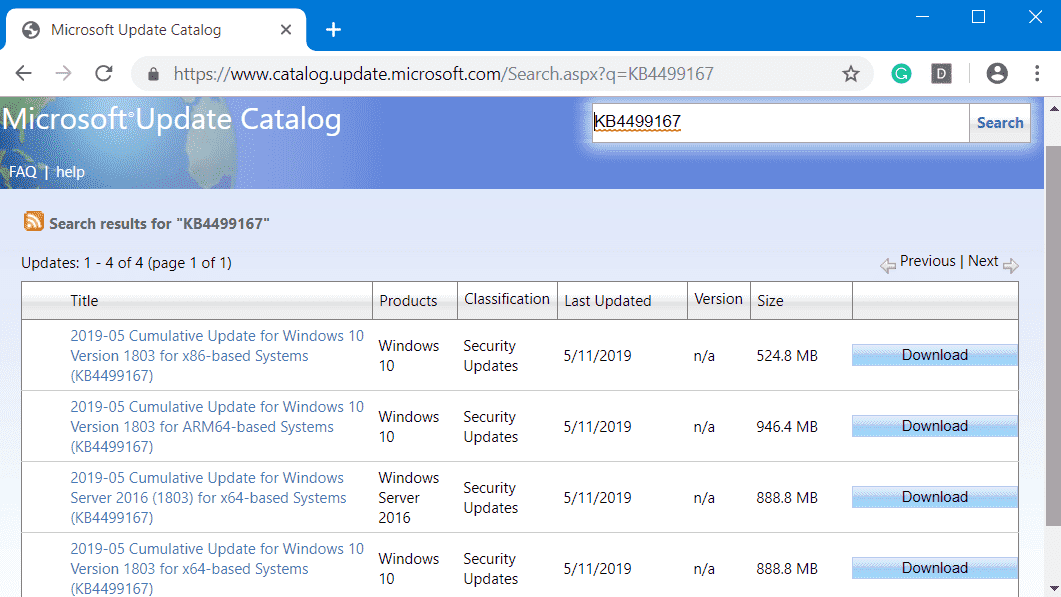 The major key changes that this patch Tuesday update includes are –

The post installation of this update may cause problems while using the Preboot Execution Environment (PXE) to start a device from a “Windows Deployment Services” (WDS) server configured to use “Variable Window Extension”. This may lead the connection to the WDS server to discontinue prematurely. It happens while you make an attempt to download the image. However, this issue will not affect devices or clients that are not using “Variable Window Extension”.

First of all, you need to disable the Variable Window Extension on the WDS server to mitigate this specific problem. You can use one of the below-given options for that –

Step-2: Once UAC prompts up, hit Yes to proceed ahead.

Step-3: Upon the launch of an elevated Command Prompt, type the following –

Microsoft is working on a workaround and till that you can try out any of the above options.

Certain operations will tend to fail that you execute in folders or files that are on a Cluster Shared Volume (CSV). For example, while you try to rename, you may receive an error STATUS_BAD_IMPERSONATION_LEVEL (0xC00000A5). Furthermore, this happens when you perform the operation on a CSV owner node from a process that does not have admin rights.

You can try out one of the following –

In the forthcoming release, you will receive an update from Microsoft as they are working on the solution.

How to Get this Update

Before you make an attempt to install the latest cumulative update (LCU), ensure to install the SSU. This is important because SSUs enhance the reliability of the entire update procedure. And eventually, it will mitigate potential problems while you install the LCU.

As an alternative, visit Microsoft Update Catalog to manually grab the standalone package.