Microsoft rolls out KB4503293, a cumulative update for Windows 10 version 1903 which includes some important modifications for the OS. This patch specially addresses a security vulnerability and also contains several security updates for various components of the system. In addition, it even includes updates for Microsoft HoloLens.

In case you have installed earlier updates, the only the new fixes that KB4503293 contains will be downloaded and installed on your device. You can get the patch Tuesday package automatically through Windows Update. Else you can also grab the standalone package directly from the Microsoft Update Catalog. 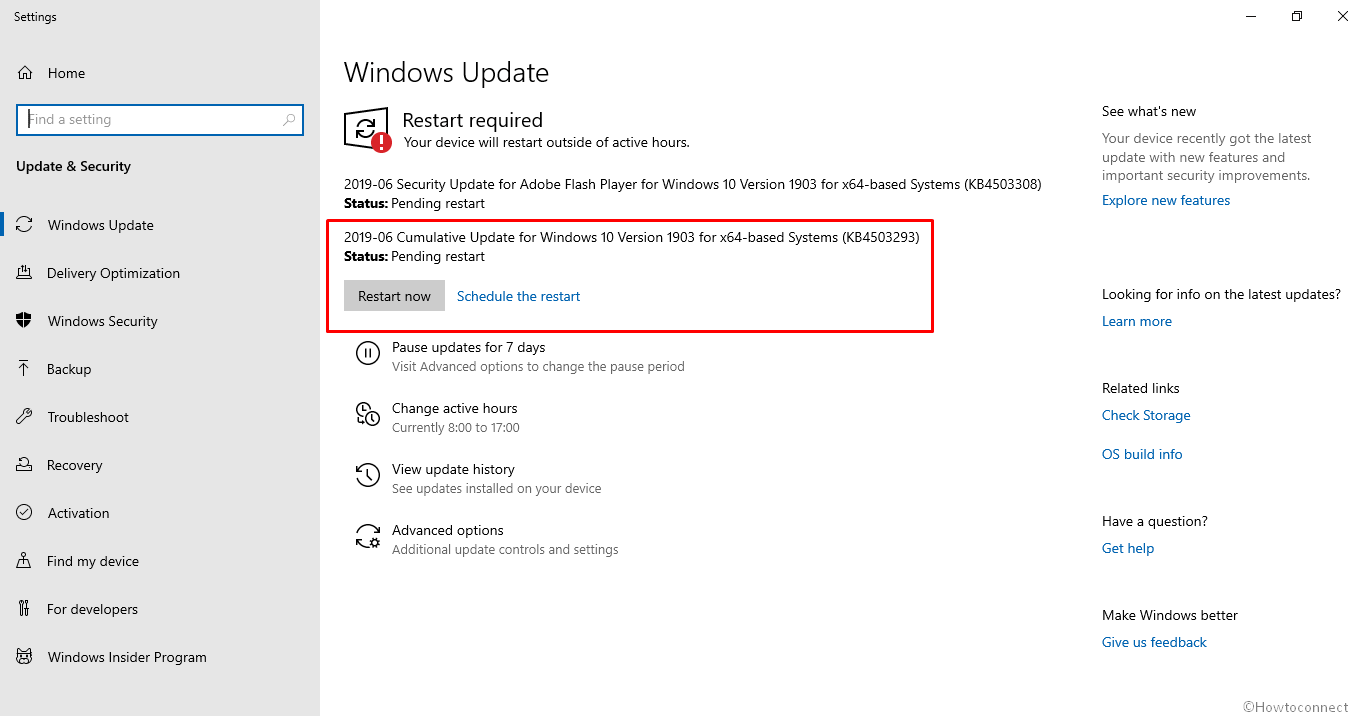 Here are the main changes including improvements and fixes in KB4503293 –

If you have changed the OS language, the device tends to encounter an error in Windows Sandbox. This especially happens during the update process when you make an attempt to install Windows 10 version 1903. It may refuse to start with “ERROR_FILE_NOT_FOUND (0x80070002)”.

The team is currently working on a resolution to this specific Windows Sandbox issue. They will provide the same in the forthcoming release.

How to Get this Update

In order to install the latest cumulative update (LCU), Microsoft strongly asks you to first install the current servicing stack update (SSU). The team recommends you to perform this because SSU enhances the reliability of the update procedure. This process will eventually mitigate potential problems while installing the LCU.

However, if you are using Windows Update, you will automatically receive KB4503293 Windows 10 1903 Cumulative Update.

As an alternative, you can also grab its standalone package by navigating to the Microsoft Update Catalog.