New patch KB4507455 is now available for Windows 10 version 1709. The update takes the operating system build to 16299.1268. This cumulative update essentially comes with certain significant fixes and security improvements. We suggest not to delay installing this one at all. Keep scrolling to read more about the inclusions, upgrades as well as the known issues that this patch carries.

Here, the users on Windows 10 version 1709 must remember that March 12 and April 9 were the last two Delta updates for them. However, the security and quality patches should be available to all these systems in the form of full or express cumulative packages. Further, the April 2018 update is going to reach its end of service by 12th of November this year for the Home and Pro editions. Explore 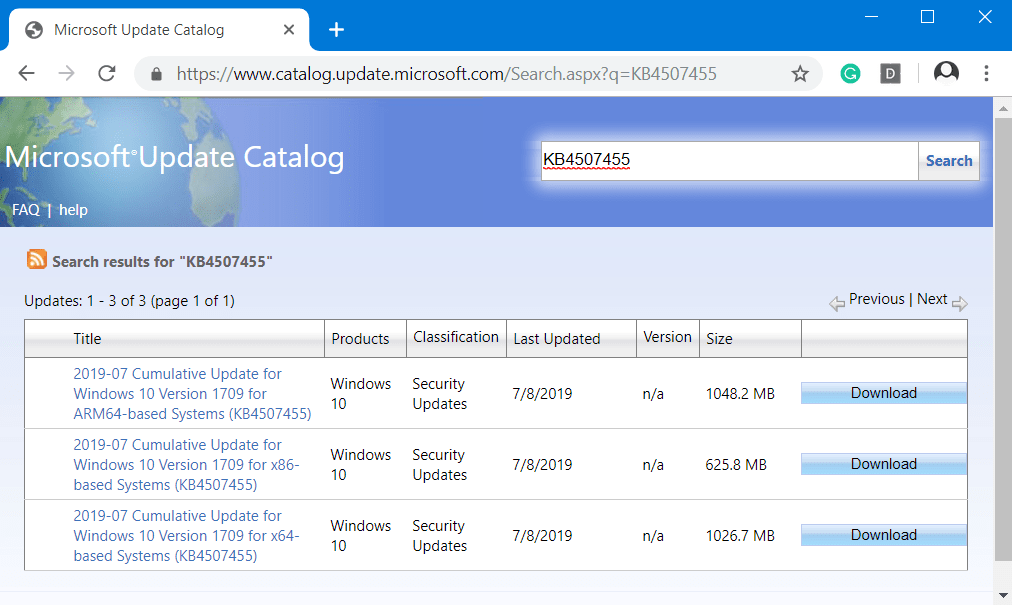 These are the highlights which include the improvements, updates, and fixes of this patch –

Following are the known issues which this new feature update has.

There had been some reports that starting up the device the first time after updating leads to a black screen. Microsoft is still investigating the issue and reports.

As discussed, Microsoft is still working on the problem and its roots. You can expect an update in one of the upcoming releases. For now, simply press Ctrl+Alt+Delete. Thereafter, click on the Power button on the screen and then select Restart. With this, your device might be able to restart normally.

Once users install KB4507455, there are problems with Window-Eyes screen reader. Many of them are confronting issues in opening or using the app and its features. It may even result in an error.

Microsoft is still working on the issue. Meanwhile, you can work with other screen reader applications.

The problem that used to occur before with folders or files on a CSV (Cluster Shared Volume) still continues with this patch also. A permanent fix isn’t up yet. Renaming or such operations on those files and folders may fail. Moreover, this will lead to the occurrence of an error message – “STATUS_BAD_IMPERSONATION_LEVEL (0xC00000A5)”.

While the developer is working on a permanent fix for this situation, you can try something else. We can note that only the users trying to operate in a CSV-owner node from a process without the admin rights are facing this issue. As a temporary workaround, try:

This workaround is recommended by Microsoft too.

Windows 10 follows the system on automatic installation of monthly patches through “Windows update services” (in short WSUS). That is unless there is some interference, change in settings or network issues. If such is the case, then you can also check and get the updates manually. Yet another option of getting the new releases is by downloading the entire standalone package from Microsoft update catalog site.

If the system has all the previous patches intact, then your device will only download the new fixes available with KB4507455. Another note you might want to make it about the installation of Servicing Stack updates. For the safe and smooth installing of various cumulative updates, Microsoft recommends downloading the latest SSUs beforehand.

For manually downloading the patches: