Today usage of instant message app has breakout smartly with Android. One of these is recognized as Texty app. This type of Android app lets wireless syncing and sharing Android phone SMS messages openly with computer supported internet browser. Now we have chosen a similar app especially for Android Tablet that is MightyText. It renders users to send and receive SMS messages, prompt notifications about incoming and  missed calls and much more.

The good news is that MightyText is not a paid app and available to download in Google Play Store. A MightyText app performs role as remote and tablet.

While Wi-Fi connection between Android tablet and Smartphone is activated, at first we have to set up MightyText app on Android mobile and then on the tablet .  As soon as we sign in the app with the username similar to Google account of Android mobile, the tablet will present its SMS Inbox.

How to access Mighty Text app on Android Tablet ? 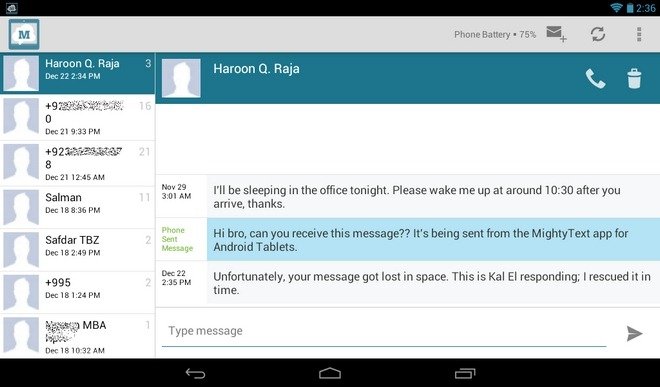 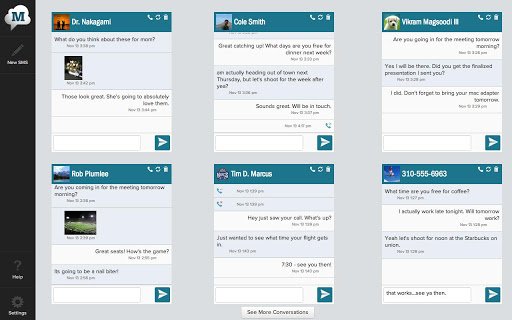