For those who like to stay updated about all the latest phones, how can you miss out one of the major launches of 2019 – OnePlus 7 Pro? The device is a modern Android phone equipped with advanced and extended capabilities.

While OnePlus 7 Pro will be more or less similar to OnePlus 6T with some basic improvements, OnePlus 7 Pro seems to be a game-changer. So, here, we have detailed out the smartphone’s price & specs, launch date and much more for the Android enthusiasts. 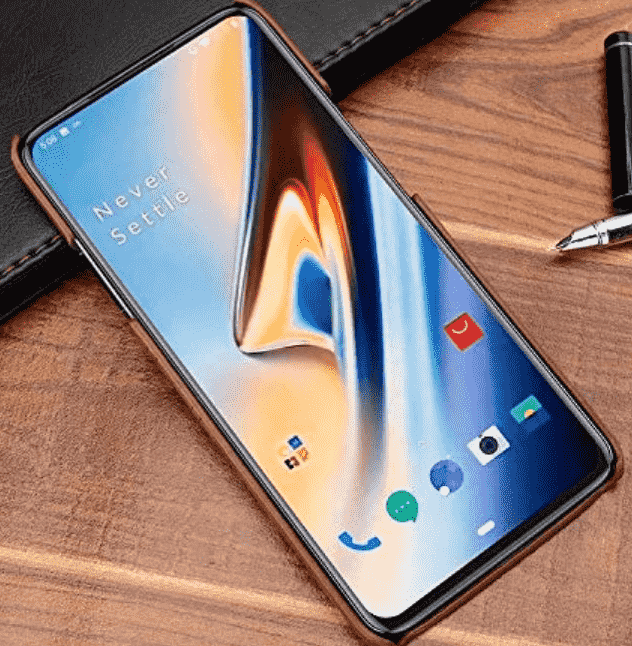 The estimated price of OnePlus 7 Pro is INR 49,999/-. There can be some slight difference in price for the different variants. This can be confirmed only after the OnePlus 7 Pro launch in India.

Here are the detailed specifications for OnePlus 7 Pro –

With 210 grams (about 7.41 ounces) weight, 169.4 mm (about 6.67 inches) and 8.8 mm thickness, the device is heavier, thicker as well as longer than OnePlus 6T. From what we know, the Android phone is going to be available in 3 color options – Almond, Mirror Grey, and Nebula Blue.

As for the display of this device, it brings a screen resolution of 1440 x 3120 pixels and is protected by Corning Gorilla Glass v6. The Multi-touch Capacitive Touchscreen, you are going to love the AMOLED display of the Smartphone.

The Smartphone will come with a RAM of 8 GB and an internal memory of 128GB. The internal memory, like in case of OnePlus 6T, is not expandable. The storage provided is, anyway, enough.

The flagship phone from OnePlus will come with a 4000 mAH, non-removable, Li-Polymer battery, which is pretty good for the modern components. Besides, with OnePlus’ Warp quick charging, there shouldn’t be a problem.

Fit with Qualcomm Snapdragon 855 and an Octa-core processor, the Android Phone is expected to bring some ever-better performance that OnePlus line-up has ever seen. Further, for great graphical performance, the device has Adreno 640 GPU.

Ah, the most important part, huh? With a whopping 48 MP + 16 MP + 8 MP camera, we totally expect photography with OnePlus 7 Pro to rock. Image resolution can go well up to 8000 x 6000 Pixels. The camera of OnePlus 6T had won the hearts of numerous users. So, the 7 pro thing was understandably going to pool in a better (amazing) camera quality. Some main features included here are Digital zoom, Auto Flash, Touch to Focus, Face Detection, etc. Additionally, exposure compensation and ISO control settings are available. Further two shooting modes- continuous shooting and HDR modes – will be available.

Furthermore, from the CMOS sensor in the front snapper, the most awaited and popular device includes “Proximity sensor”, “light sensor”, “Gyroscope”, “Accelerometer”, and “Compass”.

As usual, the OnePlus product launch is set around the year mid. In India, OnePlus 7 Pro is expected to launch on 14th May 2019.