There is good news for the game lover that the World War has come with new weapons and more interesting stages. The Zombie World War is an android action game with new version of earlier android world war game with more efficiency and fight. As the title of the game, it is based on story of zombie (the person who is dead but his body is alive). The world is about to destruct and no one is there to save it because of virus which has been spread all over the world and the infected people became an alive dead body Zombie. Infected people are destroying the society.

In this condition there is no assistance to save you, government has lost his control and you have to save yourself. You are the only last hope who can save the world and keep alive the human beings. This was the glimpse of the game which really excited you to play this game. When you will play this game you really forget everything because this game is so adventurous that you can’t leave it in the middle. You have to use all your skill and power to save the world and to get victory. 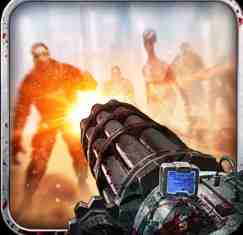 This game has 126 levels and 21 scenes in this worldwide to play which never feel you bore and your interest always compels you to play the game. In this game you will get the ultimate 19 weapons including some new weapons like AK-47, M4, RPG and others that enhance your power and capability to destroy the enemy.

To Install this Android gaming App go to the Google play. If you want to download it in your computer then please click on given link: