Indian Premier League Season 6 (Pepsi IPL 2013) is going to start from 3 April 2013. Total 74 matches (Including final match on 26 May 2013) will be played between 9 official IPL teams in metropolitan cities in all over India. SET Max, the TV channel partner of Sony Corporation, is the official TV broadcaster of Indian Premier League T20 (IPL T20) in order to telecast live coverage of every IPL cricket match. 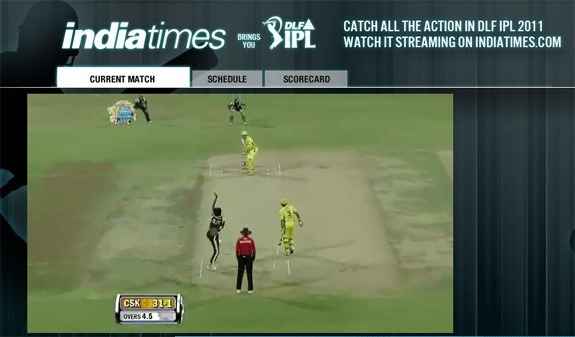 TIMES INTERNET Group has also made an agreement with Google Corporation for streaming the IPL 2013 all matches on the YouTube. You can watch IPL 2013 live stream at youtube.com/indiatimes. Please note it is only a wrapper site at YouTube because live video source is covered through indiatimes.com.

Visit at official website of IPL T20 to get more details.