Windows 10 Build 18234 (19H1) comes up with multiple new feature and fixes to the Insiders who opted Skip ahead ring level. This update includes Microsoft To-Do, Sticky Notes 3.0, and Snip & Sketch improvements. Additionally, the build has a big number of fixes such as for bugcheck, taskbar flyouts, WSL hanging, Task View, etc.

You will receive Windows 10 Build 18234 (19H1) through automatic updating system. The build has a few unknown issues and Microsoft is working on them to offer solutions. 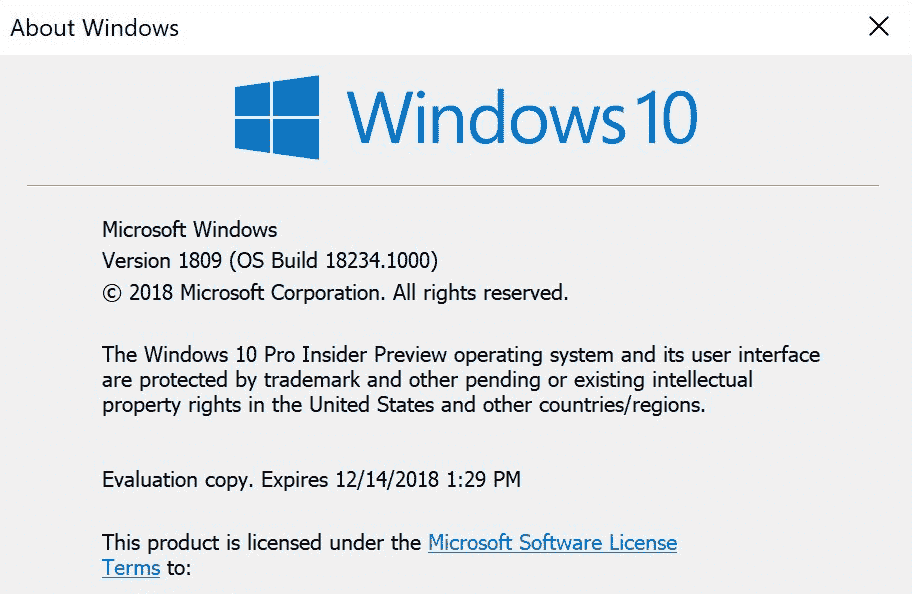 Capture and complete your tasks naturally with Ink! Microsoft comes up with support for handwritten input to let you perform your tasks seamlessly in Microsoft To-Do. The feature will lie in the Version 1.39.1808.31001 and later.

The foregoing week, they declared a big update to Sticky Notes 3.0 for Insiders who have chosen Skip Ahead.

In the present update, Windows 10 Build 18234 (19H1) 10.1807.2286.0 of Snip & Sketch was buggy so Microsoft recommends for upgradation. Simply click the chevron adjacent to the New button in the application and you’ll view options to Snip in 3 modes. Moreover, you are able to right click the icon in the taskbar to get these options.

Make Text bigger option in Ease of Access might face text clipping problems or cause that the text size is not increasing ubiquitously.

Scan mode “Shift+Selection” commands in Narrator may not correctly work in Microsoft Edge and you can’t select text in an appropriate way.

The current update solves a common issue ending up with links that opened one app from another not working. There’s one particular variant of this that will still not work in today’s build. When you will click on links in PWAs, for example, Twitter doesn’t launch the browser. They are working on a fix.

You may find the background of notifications and the Action Center miss color and become transparent including an acrylic effect.