Windows 10 Build 18855 [20H1] Skip Ahead is out with various enhancements and fixes for Windows Sandbox. In addition, the update also carries several issues for both common users and developers.

You are able to easily grab this build by navigating to Windows Settings, the built-in app. Then go to Update & Security category followed by a click on Check for updates button. Let us explore the details that this Skip Ahead build holds for you. 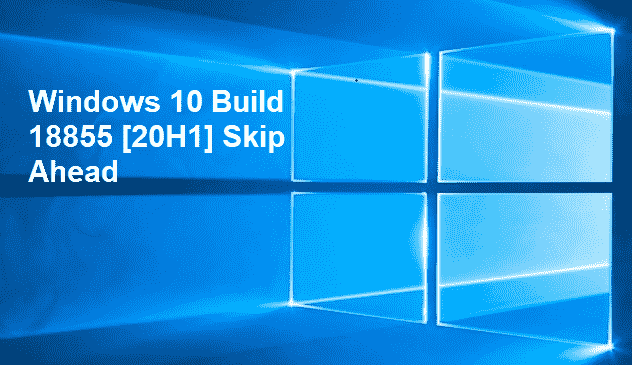 General Fixes, Changes, and Improvements in the Build

Optional content will fail to function when you make an attempt to switch to either Slow or Fast ring. For example, enabling developer mode will not take place. Therefore, you need to stay in the Fast ring itself. By doing so, you can add/install/enable optional content.