Windows 10 Build 18894 20H1 comes to insiders in the Fast ring carrying a collection of fixes, changes, and improvements. This update holds a new File Explorer search experience powered by Windows Search. Over the next few days, the company will start rolling out this feature to increase compatibility, and to make it easier to locate your files. In addition, the build also includes certain known issues like – Realtek SD card, Bopomofo IME, remote desktop and more.

You may receive this Build 18894 20H1 by navigating to the built-in Windows Settings followed by visiting the Update & Security. Subsequently, you need to click on the Check for updates button and let the downloading start. You’re able to get this build by itself if you haven’t disabled or paused the automatic updates feature. Let us walk through the details and see what important features and changes build 18894 brings for you. 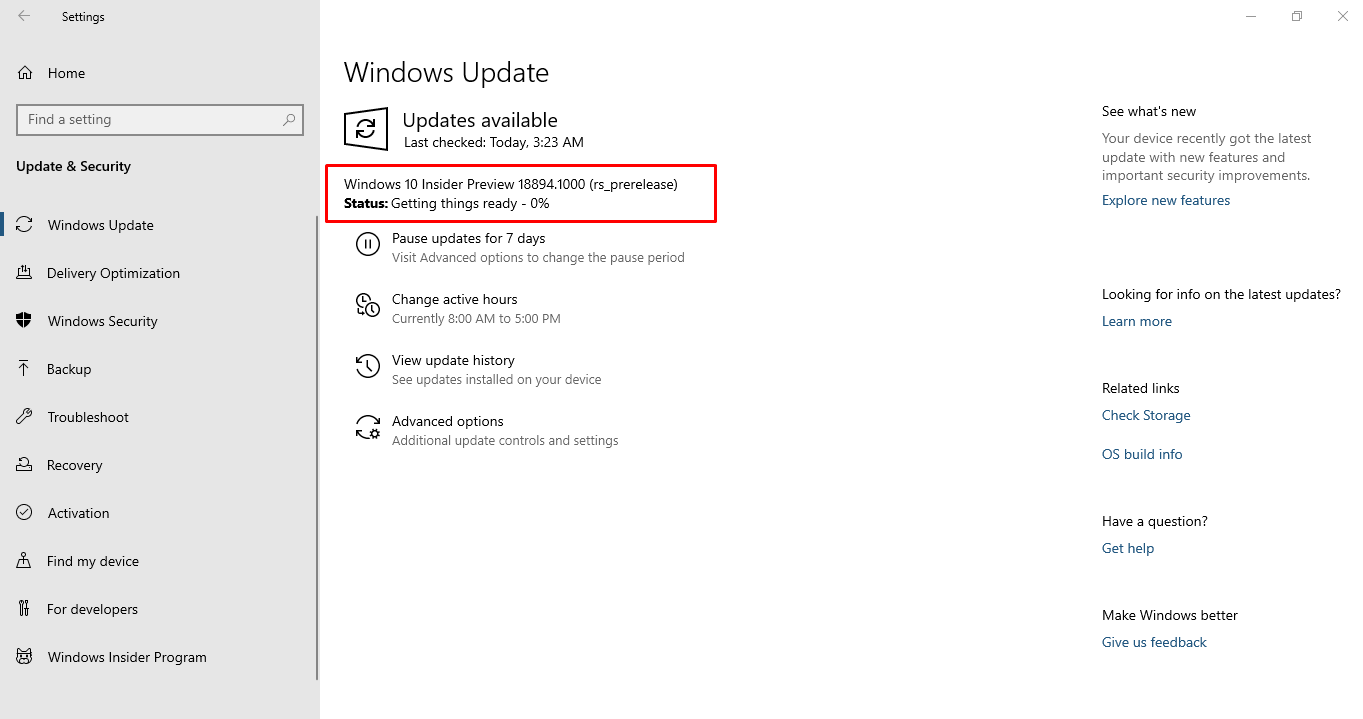 Here are the main fixes that the update brings –