Microsoft released Windows 10 Build 17760 (Redstone 5) for Insiders in the Fast ring. The update includes fixes for apps that use .NET 4.7.1, different problems in Microsoft Edge, and Windows Security app. Moreover, with this build, Microsoft announced that Windows 10 October 2018 update will now compatible with all important games.

You will receive Windows 10 Build 17760 automatically, but if you have not till now then go Settings => Update & Security and click on Windows update. 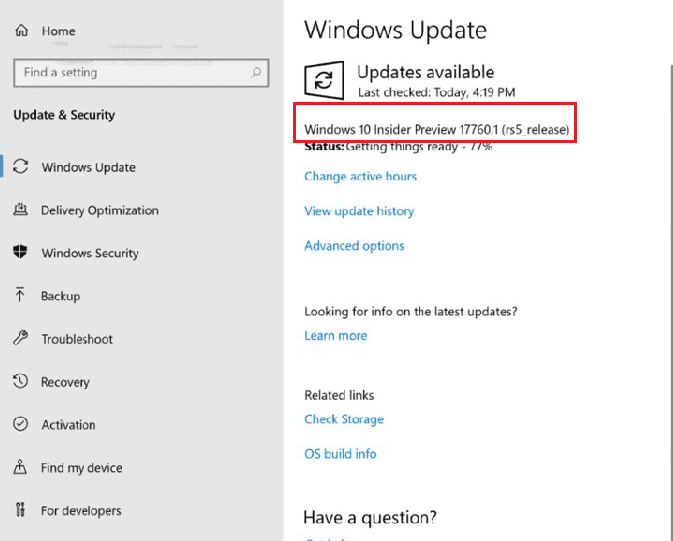 Windows Compatibility Team declared that the Windows 10 October 2018 Update (1805) will be fully compatible with all major Tencent games. The compatibility can be difficult because of the intricacy of the games and reliance on anti-cheat services. The team performed this by partnering closely with Tencent to check these games, discover issues and produce fixes.

The build will not display the watermark at the lower right-hand corner of the desktop. However, this is not the final build because Microsoft is now in the beginning phase of testing the codes.

Microsoft fixed rendering problems in certain types of PDFs in the Edge browser.

They fixed a possible crash in Microsoft Edge when swiping to navigate back.

They resolved the icons on the browser error pages not being visible on localized builds.

Microsoft fixed a flaw in the Windows Security app in Settings. This problem could end up with the UI unexpectedly displaying a huge number of threats had been found.

Presently there are no major known issues but when you get any problem, submit your query using the feedback feature.