A new Windows 10 Build 18917 comes out to the Insiders in the fast ring carrying a bunch of fixes, changes, and improvements along with some remarkable known issue. To lessen the issue related to the connection speed, this update incorporates a new option to throttle the bandwidth. This option is used by Delivery Optimization as an absolute value rendering sufficient relief in mitigating the impact on their network. Moreover, you’re able to access it by navigating to the path – Settings => Update & Security => Delivery Optimization => Advanced Options.

Being into the Skip Ahead ring, you’re able to straightaway get Build 18917 20H1 via Windows Update. For this, simply go to the inbuilt Windows Settings app and explore the Update & Security category. Thereafter, hit the ‘Check for updates’ button to download and install the build on your device. 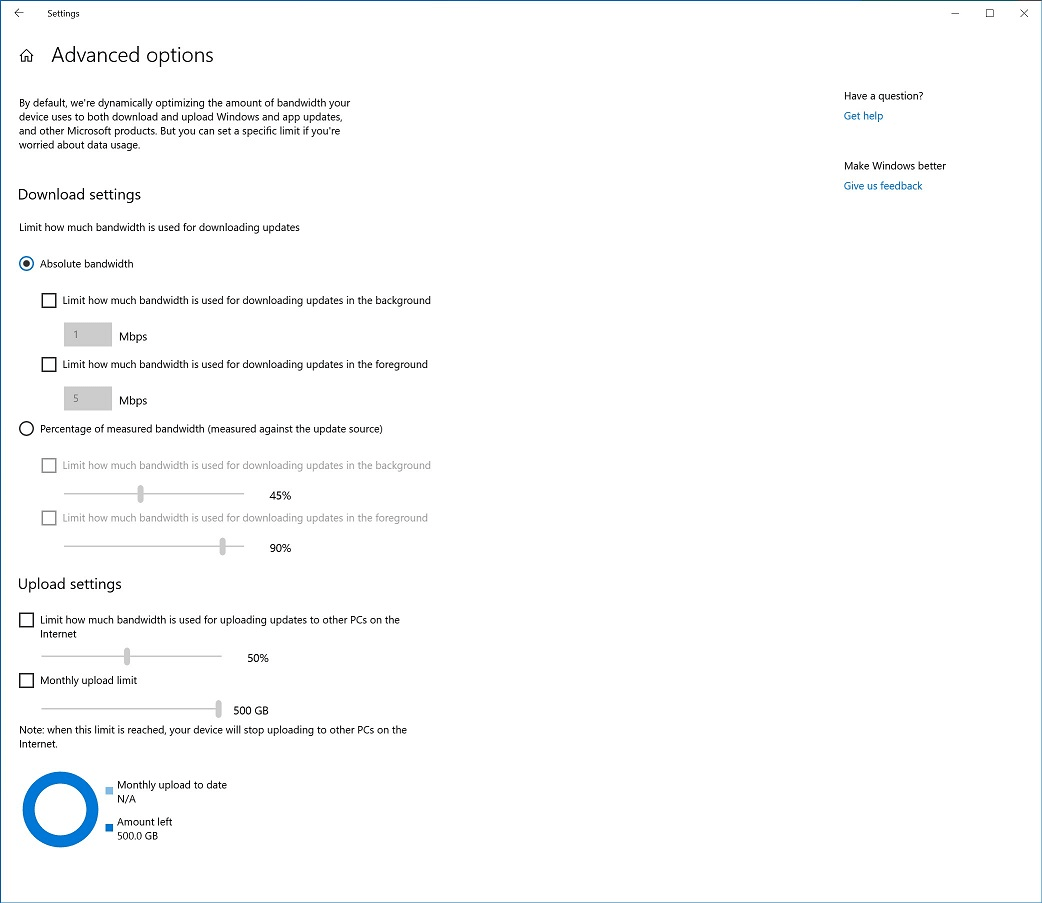 Enhanced reading of data tables – The narrator in Windows 10 is a very essential feature which is specially built for the visually weakened person. However, anyone can use it who requires the screen or text read aloud. Tech beast optimized the information which you hear with this feature while navigating a table using the table navigation commands. Accordingly, first of all, this wonderful feature reads the header data followed by the cell data. Thereafter, it reads the row/column position for that cell. Moreover, if you change the headers, the Narrator will only read the same. Consequently, it will help you to keep the focus on the content of the cell.

WSL is an adaptability layer for Linux kernel which allows predominantly several Linux programs to operate inside Windows. Furthermore, WSL 2 is the subsequent level of this feature and is a new version of the architecture. It renders strengths to the Windows Subsystem for Linux to execute ELF64 Linux binaries on the operating system. Besides, the new rules and methods use a real Linux kernel and also demonstrate how these Linux binaries interact with the hardware of the machine. Although, it still renders the same UI as in WSL 1, which is widely available in recent times. In addition to this, the Windows Subsystem for Linux 2 delivers an extremely rapid file system performance. Along with, it also allows the full system call compatibility, which lets you operate multiple applications at the same time. For instance – Docker.

This feature is a role of the Windows 10 which is now accessible to a few Insiders via Build 18917. It lets you hold ideas instantly and naturally with a pen or touch-enabled device. Apart from this, Windows Ink Workspace now takes up less screen real estate. Also, tech experts are converging out whiteboarding experience with a new direct link – Whiteboard app. Besides, this board is a freeform digital canvas comprising ideas, content, and people all arrive together on one platform.

Note – If the symbol of this feature isn’t evident or is quite unable to see in your taskbar, then simply do a right-click on the taskbar and select Show Windows Workspace Icon.