The 20H1 Windows 10 Build 18936  has been rolled out in the fast ring with important features, improvements, and fixes. The update includes Event Create tool in Taskbar, passwordless setting, and also some known issues.

You will get Windows 10 Build 18936 [20H1]  automatically unless you have not disables or paused the configuration. If you haven’t received till now navigate to Settings => Update & Security and click on “Check for updates”.

The current build introduces Your Phone app for Surface devices. After driver update in the Windows insider rings (Marvell 15.68.17013.110), the below Surface devices will show the phone screen –

Quick Event Create from the Taskbar

Starting from Windows 10 Build 18936  you are able to create events and reminders direct from Taskbar. Clock and calendar flyout will help you to manage your thoughts while making plans.

You have the ability to enable passwordless sign-in for Microsoft account on Windows 10 directly from the settings app. Navigate to Settings => Accounts => Sign-in options, and select ‘On’ under ‘Make your device passwordless’. This will switch all Microsoft accounts to hodiernal authentication with Windows Hello Face, Fingerprint, or PIN. 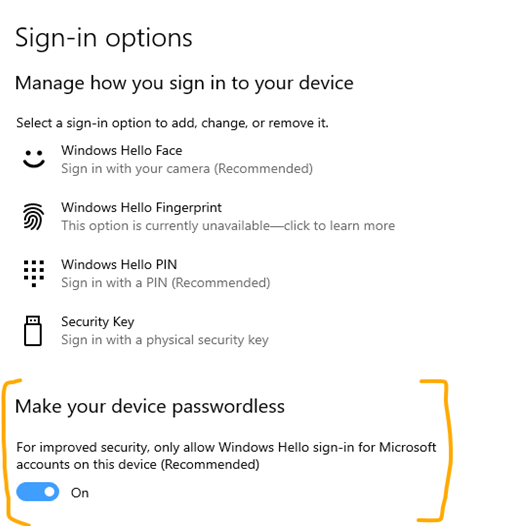