The Dev channel of Insider received a rollout that includes several mindblowing features. Eco mode in Task Manager, 50-on touch keyboard, and WSL GUI app support are some of them.

Addition to these features, Windows 10 build 21364.1 CO_RELEASE has a large list of bug fixes. However, known issues are also part of this update Microsoft is working hard fix them.

Everything that Windows 10 build 21364.1 CO_RELEASE brings

The WSL brings the first preview of support for GUI applications forward! As a result, you are able to run your favorite GUI editors, tools, and applications, to develop, test, build and run your Linux apps! Please view the video below for a demo:

The tech giant has made a partnership with the Microsoft Edge team so that the task manager may support process classification. You can now identify resource consumption values under Microsoft Edge. The classification is divided into multiple components, for example, Dedicated & Service workers, Tabs, Browser processes (GPU Process, Browser, Crashpad), and Utility plugins (Audio Service Extensions), and other. You will also find separate icons for each of the processes to help you identify them including favicon for website. Proceed to this blog post to see a list of detailed improvements. 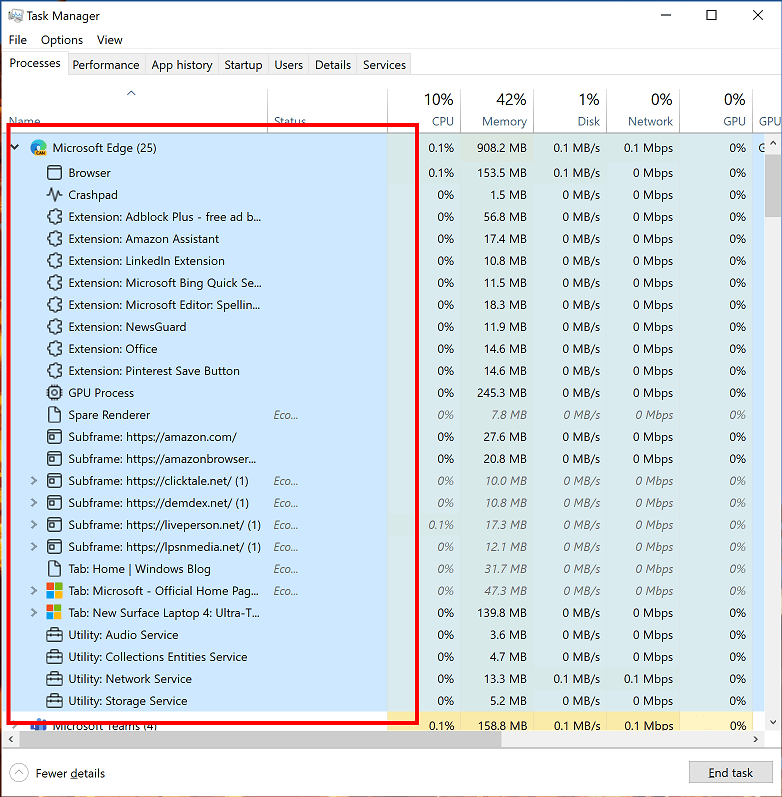 Currently, this feature is being rolled to the dev channel.

Task Manager introduces Eco mode which provides you with an option to throttle process resources. Furthermore, you will come to know apps that are already running in Eco mode. This feature is useful when you see an app eating more resources and would like to minimize the consumption so that the system provides priority to other apps which will lead to faster foreground responsiveness along with better energy efficiency.

How to enable Eco mode for any process – 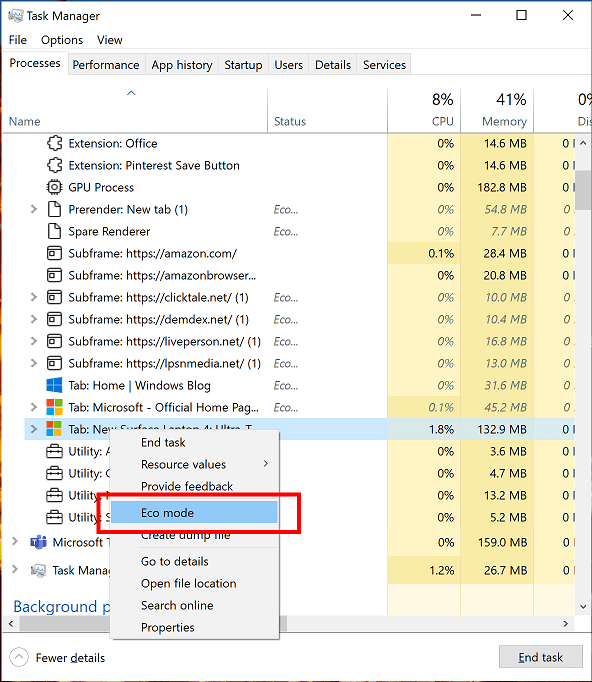 This process also works on the Details tab too.

In the condition, the Eco mode is greyed out, then it’s a parent or group process. You are able to spread out the process tree to implement Eco mode on one of its child processes.

And if the browser like Microsoft Edge or Chrome is showing Eco mode as turned on but you did not apply it. This happens because both Chrome and Edge browsers are experimenting with reducing base priority and applying power efficiency APIs to boost performance similar to Task Manager’s actions for identification of Eco efficient apps. You may notice other applications with Eco mode if they obey similar techniques in order to improve performance.

The build ushers in a new touch keyboard layout for Japanese and its name is 50-on touch keyboard. This is a well-known layout widely used for Kiosk devices in Japan. It permits you to input Japanese texts intuitively without having knowledge of how to compose Hiragana characters.

You are able to switch to 50-on layout from [?] > [50-on]. The layout offers alphabet and symbol views. You may encounter some known issues where inserting a full-width space through the Shift key doesn’t work and typing some characters displays garbled suggestion candidates.