The dev channel has received a new update with some salient changes and fixes in the CO_RELEASE branch. Windows 10 build 21354.1 is the rollout that carries new Camera Settings, personalization options in News and interest on taskbar, Windows Tools, HDR certification, and several other.

You are able to install the Windows 10 build 21354.1 through the default automatic Windows update. The build belongs to a new branch CO_RELEASE.

Personalization options are introduced for news and interests on the taskbar

Hovering on the weather from your taskbar will unfold Manage interests button that appears at the top of the window. This button is connected to a new full-page personalization that allows choosing the topics that you’re interested in. If you are a new user you may also get a personalization card in the feed that helps you get started.

Search box at the uppermost part of the My interests page will allow you to search for the topics or publishers you want to follow. You can also explore your interests by browsing multiple categories, including different types of entertainment, news, and sports topics. Selecting a topic to follow will reveal more stories about it in your feed as they become available. Yoiuu are able to manage the topics by selecting Followed interests in the left navigation.

My interests page will show Tune your feed in the left navigation. Using this you can smoothly explore and follow publishers from the partner ecosystem and select the shown articles that pique your interest. The will allow you to see and manage the publishers you’re following by clicking Followed Publishers on the left navigation. Furthermore, you have the ability to tune your feed where you see a story. Use X from the uppermost right of the card to remove the article.

These new changes are available in several countries, including the US, UK, Canada, India, and Australia, with global rollout continuing.

News and interests changes are being continuously rolled out, so it isn’t available to everyone in the Dev Channel just yet.

Although CABC is a feature that helps improve battery performance on PCs, at the same time it decreases image quality. Consequently, distracting brightness changes may occur that can interfere in experiences where image quality is of high importance such as for creative professionals looking for color accuracy. So a lot of Widows insiders were requesting to provide the ability to turn off CABC. Now you can do the same from Settings => System => Display. 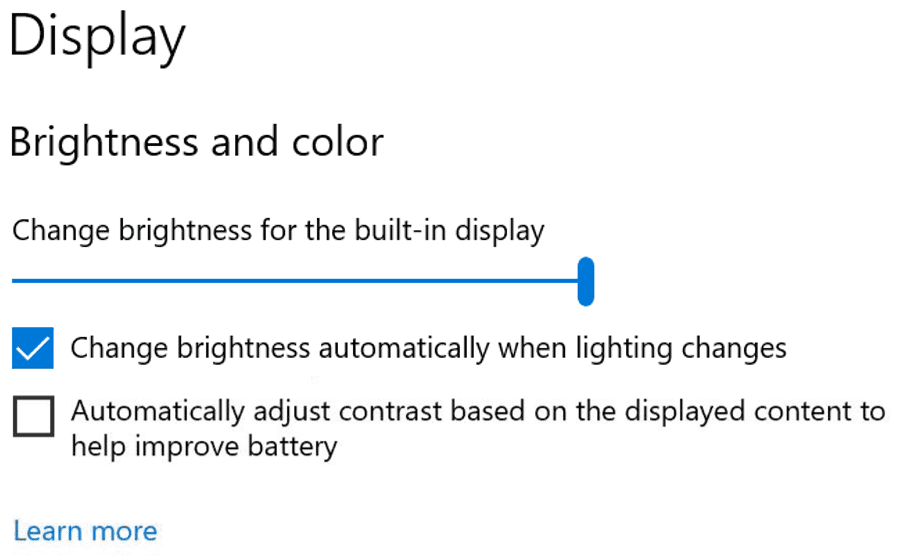 Important – You may notice only one (or two) of the checkboxes under the brightness slider depending on your device. To ensure if your device includes CABC support, you can check your GPU control panel.

They’re rolling out this feature over time and are beginning with select Dolby Vision and VESA DisplayHDR models, so kindly don’t be alarmed if you see that your display has no HDR certification in the Advanced display settings, even though it is certified.

Windows 10 build 21354.1 arrives with a new Camera Settings page. You can add and remove cameras and configure the default image settings of each one from there. 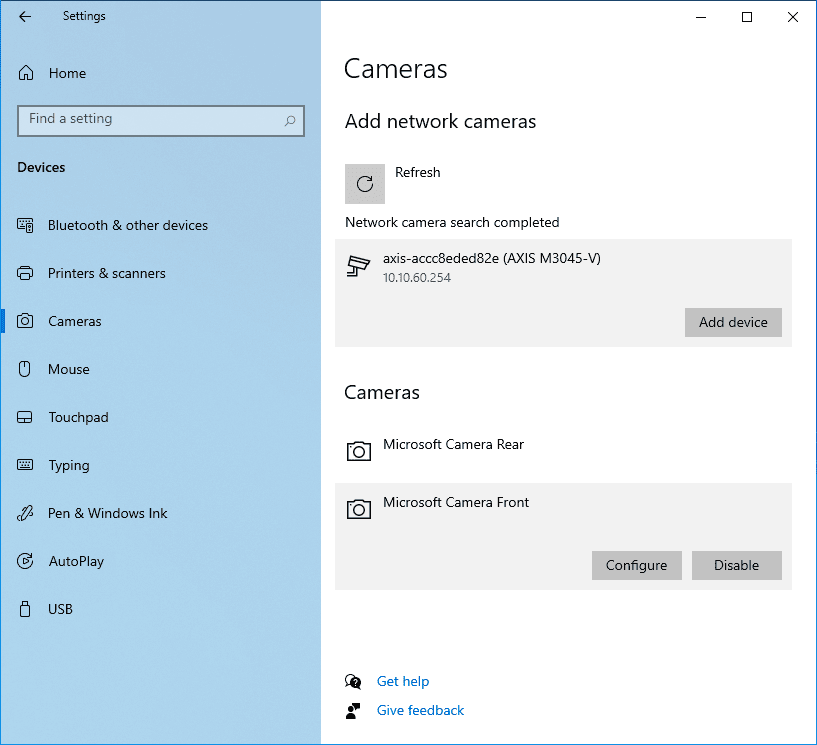 Regardless of the webcam or ONVIF IP cameras on your local network, you are able to configure the Settings at Settings => Devices => Camera. Each camera will show a Configure button that allows you to make changes to the default brightness and contrast. This way you will escape the pesky backlight that shadows your face during your video calls. From the new setting page, you can customize brightness and contrast, enable Eye Contact or Video HDR, or adjust camera rotation.

You will be able to update MS Paint is from the Store. Moreover, the app has a new icon and has been placed out of the Windows Accessories folder to its own place in the Start menu. 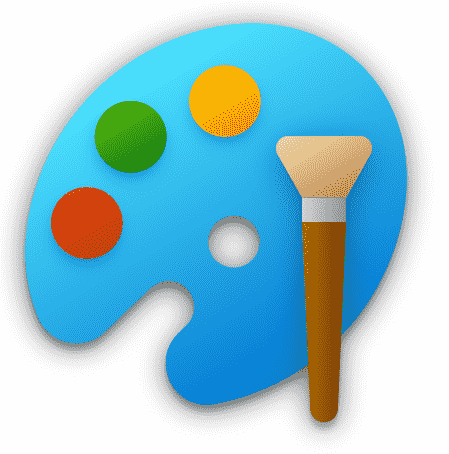 After installing Windows 10 build 21354.1, you can update Snipping Tool from Microsoft Store outside major OS updates. The app has been packaged accompanied with Snip & Sketch therefore you will obtain updates for both simultaneously. Moreover, It has also been placed out of the Windows Accessories folder to its own place in the Start menu.

Windows 10 build 21354.1 CO_RELEASE has removed Windows Accessories, Windows Administrative Tools, Windows PowerShell, and Windows System folders from Start and the apps within these folders can now be accessed via the Windows Tools entry point that directs to the full apps list in File Explorer. However, these apps will be still accessible via search, can be pinned to Start or taskbar, and any customized shortcuts in the folder paths will remain intact. Also, File Explorer has been moved into its own place in the Start menu as part of this work.