Microsoft has delivered Windows 10 Insider build 17735 under Redstone 5 for the users in Fast ring. The update includes several important fixes and improvements including a few known issues. This is a matter of surprise that the current build arrived within a week after the release of Windows 10 Insider Preview Build 17733.

Windows 10 Insider build 17735 comes up with the solutions to “Narrator Scan Mode”, “Flashlight problem in Mixed Reality”, Notepad Search with Bing, etc. We are here with every detail of the update. 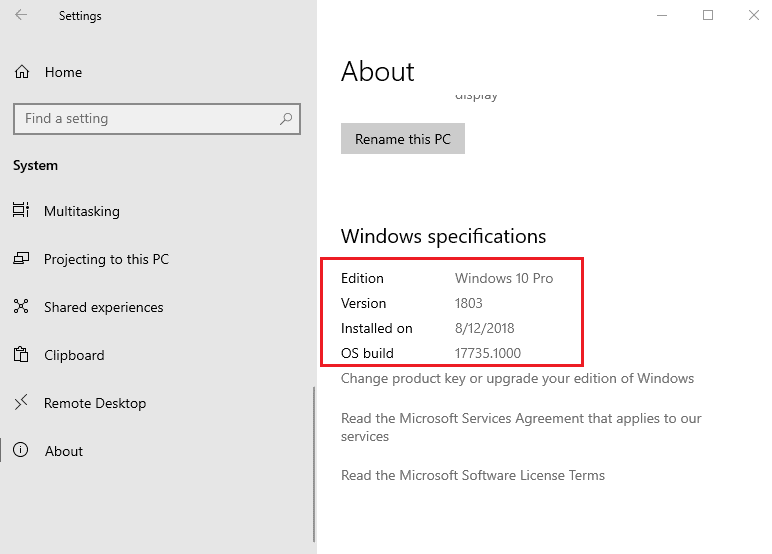 When you launch one app from another application it fails to work. But now it is the matter of past as Microsoft has fixed the issue.

They solved Flashlight problem in an issue in Windows Mixed Reality. Using voice command was failing to activate the flashlight in the earlier few builds.

Notepad Search with Bing was not giving the accurate result.  When you typed the query 10 + 10 the engine understood it  “10 10”. Windows 10 Insider build 17735 also includes a solution for accented characters that would finish as question marks in the resulting search.

You use Ctrl + 0 shortcut to reset the zoom level in Notepad. In the previous build, this hotkey stopped working when typing 0 from a keypad. Microsoft settled this issue in the present build.

When you cancel share to 3 different devices the Nearby sharing feature would be blocked. Windows 10 Insider build 17735 has fixed the problem and the feature on sender devices are working fine.

They rectified the problem Not a Narrator command spoken by the Ease of access tool when navigating Win32 menu bar items.

Now you will not get alert sound when using the Narrator Find command.

If you use select current and previous character to highlight a word, the Narrator gets stuck after reaching the boundary. Microsoft fixed the issue and now the tool is working fine.

Read – Windows 10 – How to Start and Get Help of Narrator

In Windows 10 Insider build 17735, Your PC will start bugcheck (Green Screen of Death) when you will delete a local folder that is synced to OneDrive.

The taskbar flyouts such as network, volume, battery no longer have an acrylic background after receiving Windows 10 Insider build 17735.

Make Text bigger setting in the Ease of access category faces text clipping problem in this build. This finds that text is not getting bigger in size everywhere.

You may encounter .dll not being designed to run on Windows error when launching MS Office in Store. This problem occurs specifically in Windows 10 in S Mode. The complete message is “either not designed to run on Windows or it contains an error. Try installing the program again…” Some people report about a workaround and this is to uninstall and reinstall Office from the Store.

Windows 10 Insider team is investigating a potential increase in Start reliability and performance problem in this build.

After you configure Mixed Reality headset initially on Windows 10 Insider build 17735 with motion controllers, it may require fixing a second time prior to appearing.