Windows 10 Insider Build 18309 (19H1) is the update that Microsoft has rolled out for the fast ring level systems. Improvements in Hello PIN Reset, Password less account, Narrator, and Ease of access are the limelight of this push. Moreover, a big number of fixes will provide you with a better experience of the OS.

You will receive Windows 10 Insider Build 18309 (19H1) automatically if you have not paused or disabled. If you haven’t got till now then go to Settings => Update & Security and click on Check for updates right now. 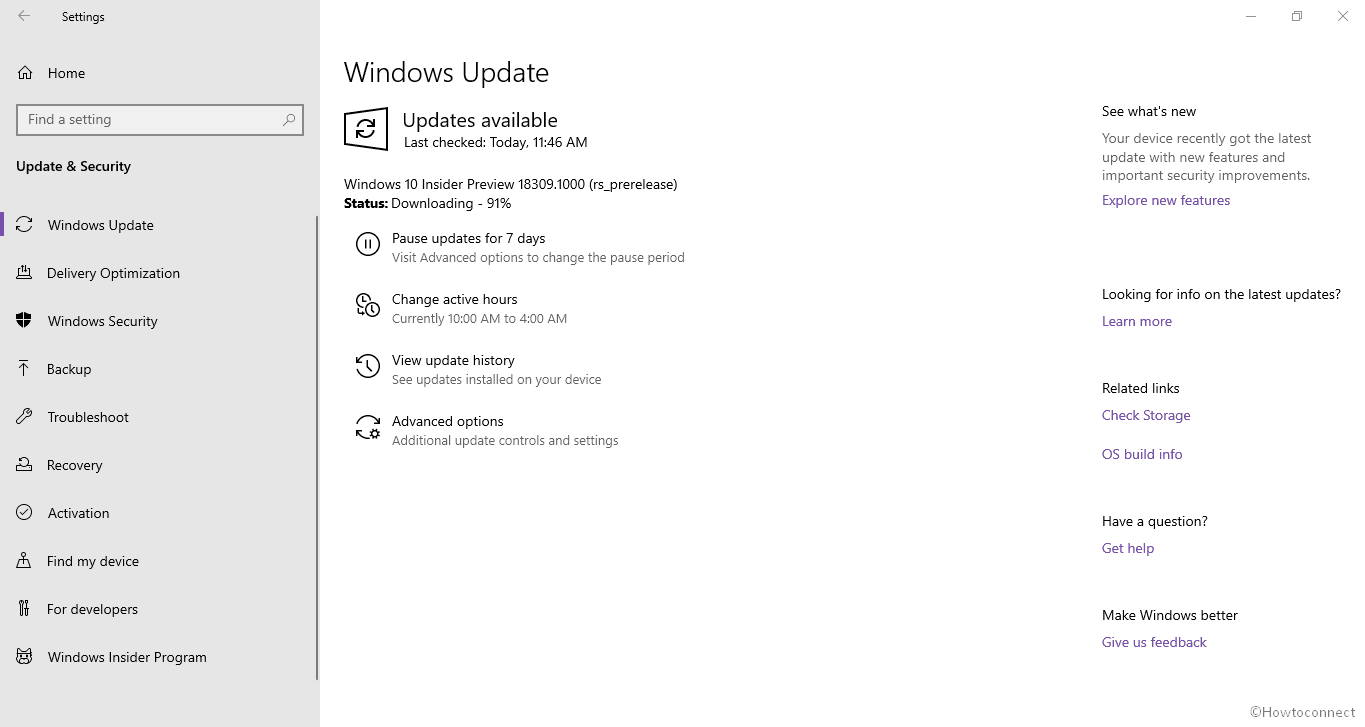 Windows Hello PIN reset is now available on all editions

The current build brings Windows Hello PIN reset experience. This will have the exact same look and feel as signing in on the web. You can check it by clicking ‘I forgot my PIN’ link when signing in with a PIN.

Windows 10 Insider Build 18305 (19H1) added this feature to only Home edition; now it is available for all.

This feature also took s place in the previous insider build. Microsoft is removing passwords and improving the safety of your accounts with the help of a phone number account. This feature will again available on every edition.

Create a password-less phone number account on the insider build

After creating a phone number account on build 18309,  you can login by underneath method –

1) Enhancement in reading of controls while navigating and editing.
2) Table reading in PowerPoint is now better.
3) Chrome and Narrator combination provides a better reading and navigating experience
4) Chrome menu’s interaction is smoother with the Narrator