Windows 10 Version 1909 18823 will mark the beginning of Windows 10 19H2 update development process. While 19H1 is still being reviewed and in the last stages of development, getting ready for its release in April, getting to know about 19H2 might be interesting for a Windows enthusiast. However, it is going to be long before we’d probably get a preview of 19H2 and the features or changes it comes with. 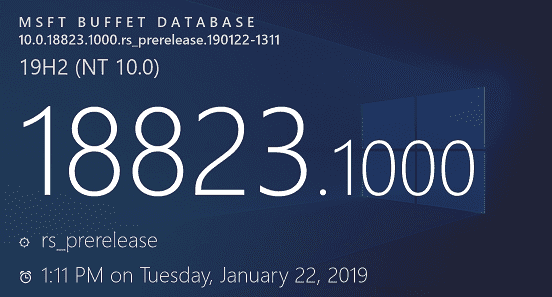 If you are Microsoft enthusiast following closely with the latest stuff, you probably heard about the stories of Windows 10 build number leaks. After Build Feed page shut down just a few days back, Adguard takes up the source, giving us further interesting insights into Microsoft’s developments. So the story goes on.

Well, it was possible to spot the potential 19H2 developments because of the build number leak. It indicated a build number which is different from 19H1 builds.