Windows 10 Redstone 4 Version 1803 is on the verge of release and people in the industry are busy in conjecturing its name. In the middle of the Stir, few sources come out to endorse a new name April Update. However, a blog post of TechNet Says it Function update. Another post speculates the name will be “Windows Productivity Update” based on a String they found on a setup file.

But the main question left is Will Windows 10 Redstone 4 Version 1803 Name has April Update?

On Reddit Windows 10 forum, a user has posted an image that confirms that the name of this build or version will be April update. He says, “Looks like 1803 has been named the “April update” This image is here which seems as Microsoft Edge is showing its Canvas. The tagline is

Welcome to the April update
This Windows 10 update contains a lot of new features. Start here. 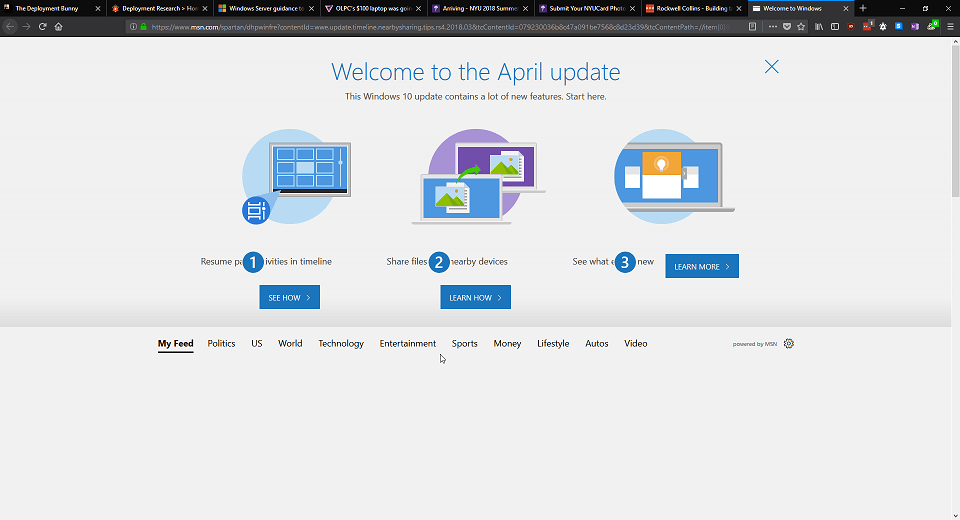 But at the same time, a Technet blog has called another name in a post in the Japanese language – The era of registry update in Windows 10 function update program (2018 Spring Release). The article writer calls the Spring creator update with the name Function update.

So these 3 sources name Windows 10 Redstone 4 1803 with different names. However, Reddit user info seems more authentic as he has dug out the Microsoft Edge image in the support. But another user has crossed his statement saying “It might just be a placeholder name”

Microsoft has got the reputation for changing its products name since the release of Windows 10. You may remember the time when the whole industry was waiting for the launch of Windows 9 on July 29, 2015. But Microsoft unexpectedly changed the version name to Windows 10 forever. So believing in either name seems pretty difficult. So what Microsoft gives Windows 10 Redstone 4 Version 1803 Name at the end of the day.