A new flight, belonging to rs_prerelease development branch is being rolled out to the Dev Channel. Windows 11 Insider Preview build 25193.1000 is the release laden with significant number of improvements and bug fixes. The build brings 2 features – 1. Xbox subscriptions management into Settings app and  Support for new Braille displays in Narrator.

The Windows 11 version 22H2 Build 25193 can be received through auto Windows update.

Furthermore, you will also be able to handle and upgrade your Xbox subscription, redeem gift card tokens and be up to date without any disruptions. See – How to Redeem Codes or Gift Cards on Microsoft Account in Windows 10. 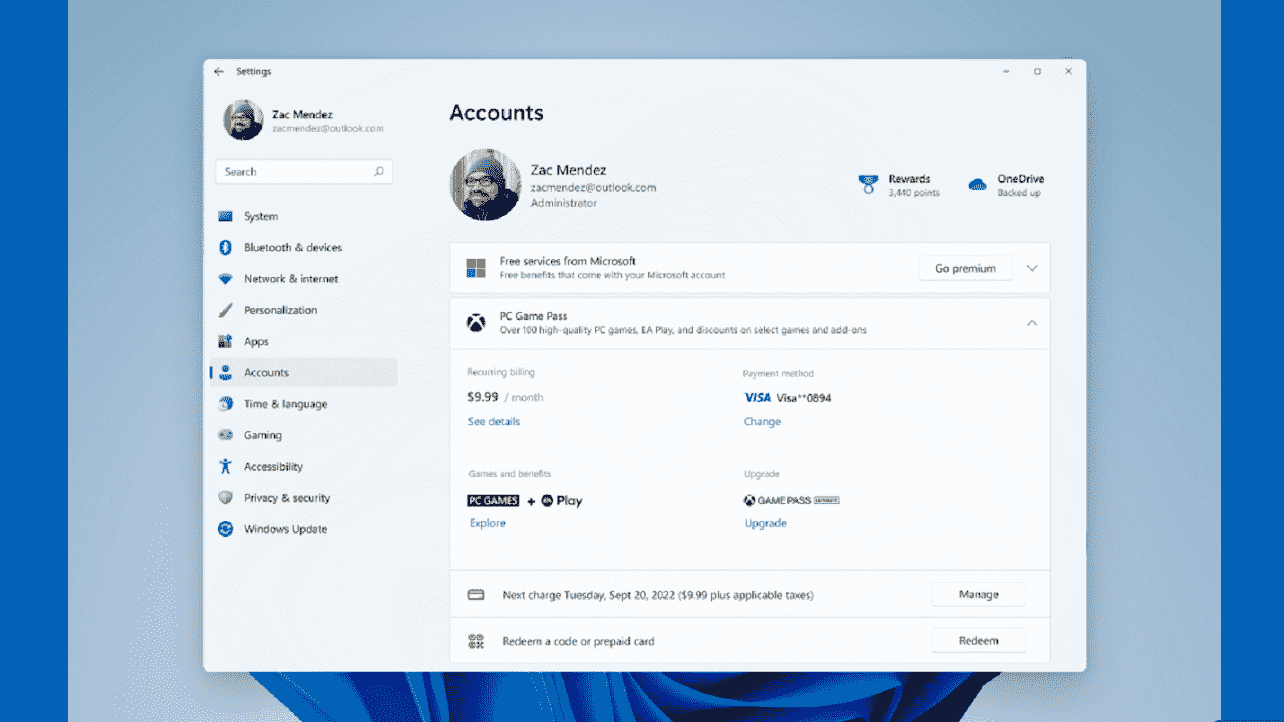 Narrator is equipped with New Braille displays and new Braille output and input languages. The support comprises APH Mantis Q40, the NLS eReader the APH Chameleon, and many more.

In order to experience the new Braille display, uninstall the existing braille support by following the steps –