In this article, you will learn about the expected improvements in WSL for Windows 10 October 2018 update version 1803. Since the release of Windows 10 1809 users have been waiting for Windows Subsystem for Linux. So from recent insider build Microsoft has made available Install WSL.  The basis of these expectations are the latest Windows Insider builds.

You will find improvements in Ubuntu 18.04, SLES 15 and OpenSUSE 15, WSL Distros, and command lines for the configuration of the sub system. Let’s see the details –

You will notice that Ubuntu 18.04 is now present in Microsoft Store. If you are wondering how to upgrade/update this distro, then don’t worry because “Ubuntu 18.04” will continuously receive updates even after the release of 20.04 and 22.04. Moreover, it will remain in existence until 2023.

WLinux is also available in Microsoft Store. This one is the primary paid-for software distribution package app for WSL. The features like WLinux-setup mean that it is quite easy for the users to establish usual developer toolchains and remove the incompatible feature as systemd.

You can now get SLES 15 and OpenSUSE 15 from the Microsoft Store. The availability of this new SUSE versions is good news because getting, installing, and using it has become very easy.

There is a possibility that ARM devices will run Ubuntu 18.04 and WSL. While downloading Ubuntu 18.04 from the Microsoft Store, your ARM device gets detected and the app made especially for ARM devices is downloaded automatically.

An announcement was made by Kevin Gallo that in the latest version, Notepad will support Linux line endings. This is a beneficial change because it is now possible to print, edit, and view the existing files without changing the file’s existing line ending format.

File Explorer will launch the Linux Shell. The shell includes has an additional context menu entry – “Open Linux Shell here”. This function was highly demanded by users, so added in this version. To execute this, open the File Explorer, press the Shift key on your keyboard and right-click on any folder to open the menu. Then for opening the WSL distribution straightaway in that path, click on Open Linux shell here. 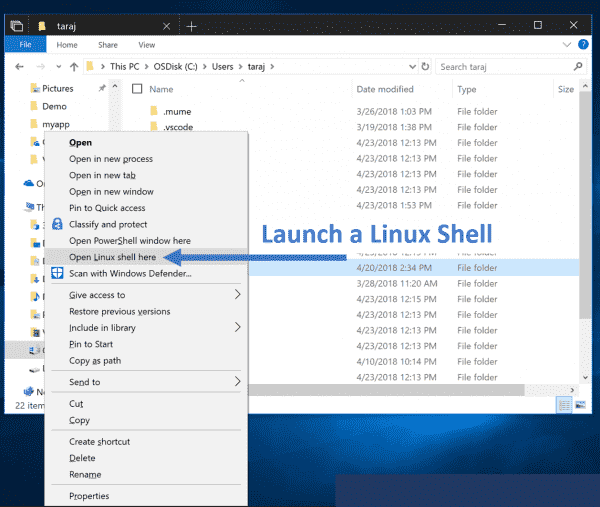 After that, if you have directions to change the default distro, you can follow them and make the necessary changes. Moreover, wslconfig.exe is helpful in setting up a default distro. 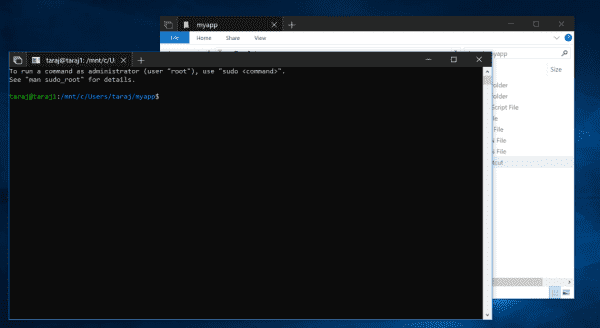 For enabling WSL and installing a distro in just one-click, the Windows Developer Setup Scripts can be used. Below mentioned scripts explain how it can be done, just remember that these scripts should be run in the Administrator terminal of PowerShell.

Setting up Dev Box with Chocolatey and Boxstarter

In the Day 2 keynote of //Build 2018, there is a declaration about an open source project in collaboration with Chocolatey and Boxstarter. With this program, it will be possible for you to set up a dev box with only one click.

This was a much-awaited feature by many users. The keyboard shortcut for copy/paste in the Linux/WSL console is Ctrl + Shift + C/V. To use this facility, you need to set up this option. Note that you can establish this setting independently for every shortcut or shell. 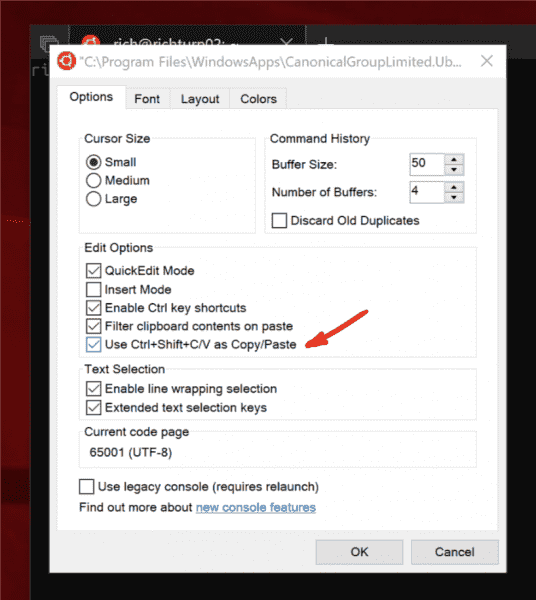 Beside WSL direct improvements, you can witness a number of advancements to the Windows Console. There are some notable improvements such as you are allowed to host the Windows apps inside screen and tmux, and the best thing is that they won’t destroy the remaining window. You will notice that there is an improvement in the complete range of supporting VT sequences. There is also an addition of ConPTY API & infrastructure that enables third parties to easily build servers and terminals.

After Install Linux Subsystem on Windows 10, you can get Kali and Debian from Microsoft Store. Follow the links –

So, these are the expected improvements in WSL for Windows 10 October 2018 Update Version 1803.