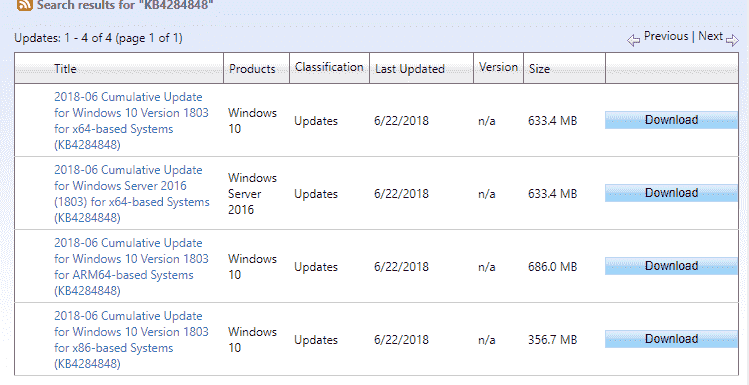 Microsoft checks streaming compatibility with the live TV streaming content providers so that the issue can be resolved.

Microsoft addresses Appmonitor ceases to function at logoff if the Settingstoragepath is set incorrectly problem.

They also take on Appmonitor stop working at logoff, moreover, and user settings are not saved issue.

Microsoft is active to solve DNS server problem that might stop working when using DNS Query Resolution Policies with a Not Equal condition.

They are trying to resolve Google Chrome version (67.0.3396.79+) that stops working on certain devices.

Windows 10 team is trying to settle Remote Desktop connection does not read the bypass list for a proxy that has many entries.

The developers address Microsoft Edge doesn’t work when it initializes font downloading from a malformed URL.

Microsoft works to resolve SMBv1 protocol problem. Because of this issue, a few users receive an error when accessing files or running programs from a shared folder. The error message is as “An invalid argument was supplied”.

Windows team of Microsoft tries to fix Task Scheduler tasks configured with an S4U logon to fail with the error “ERROR_NO_SUCH_LOGON_SESSION/STATUS_NO_TRUST_SAM_ACCOUNT”.

There are 2 methods download and install KB4284848 for Windows 10 on your system – Through Microsoft update catalog website or via Windows update.

To download KB4284848 for Windows 10 April 2018 Update Version 1803 go to – Microsoft update catalog. Ensure the bit of your system and download the MSU file accordingly. Restart your PC to complete the installation.

If you are installing both the servicing stack update KB4338853 and KB4284848 from the Microsoft Update Catalog, remember to install the SSU before the LCU.