Several users who installed KB4517389 are yammering to get critical error in Start menu. Some also complain about Print Spooler Service is Not Running, and search related issues since they have received this patch Tuesday update. Yesterday, Microsoft released Windows 10 1903 KB4517389, the latest version of the OS but this also carried bugs as the previous one.

Microsoft might come with another patch or resolution to settle down errors occurring in consecutive updates. 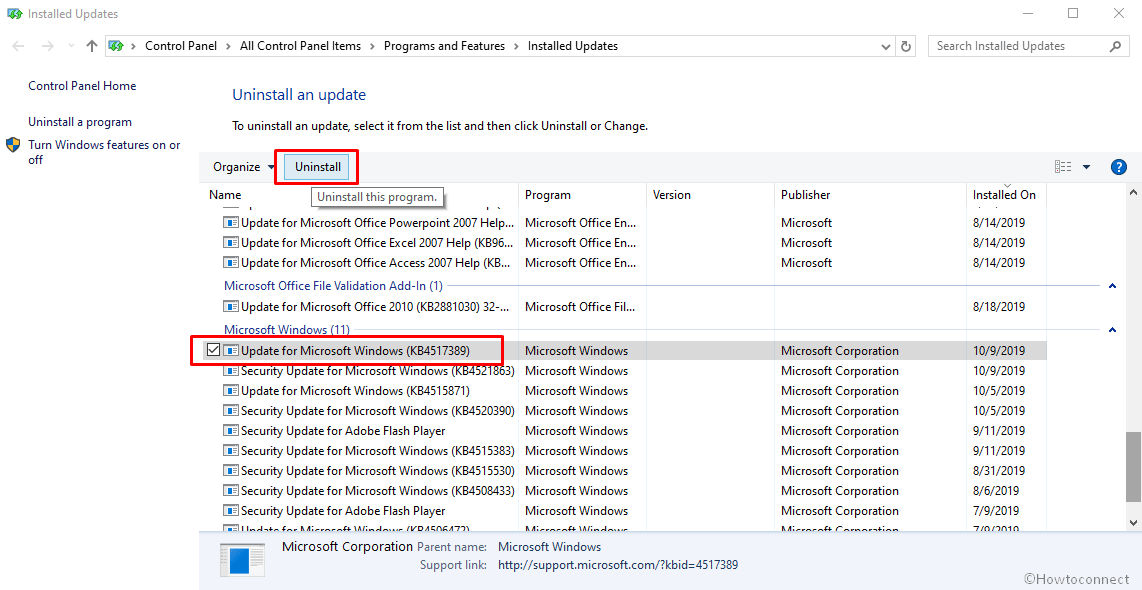 Another user on the same platform reports that the patch leads Critical Error when using Start Menu. The issue also messed up the print spooler so he was forced to uninstall KB4517389.

In addition, a number of users on Reddit are lamenting to have the update on their devices.

A user on Microsoft community forum says that when he uninstall the cumulative update the Start menu is restored into the normal state. But when he again install the same and all get messed up and show Critical error.

Microsoft briefs to address the following issues in the knowledgebase article –

They claim to have no known issues in the package oppositely, a crowd of Windows 10 users is making noise.

In fact, the Printer issue started after KB4522016 24 Sep patch and persisted in further releases. Seems Microsoft has not focussed adequately on the bug and as a result, it is creating mess up on KB4524147 and now on KB4517389.

Step-2: On the subsequent page, click on “View update history” from the right pane.