Windows 10 Insider Preview Build 17692 Redstone 5 is now available for the insiders who have chosen Fast ring level moreover those who opted Skip Ahead. Swiftkey for touch keyboard, improvements in Microsoft Edge WebDriver, Mixed Reality, Game mode, Narrator and a lot of fixes are the key points of this build. 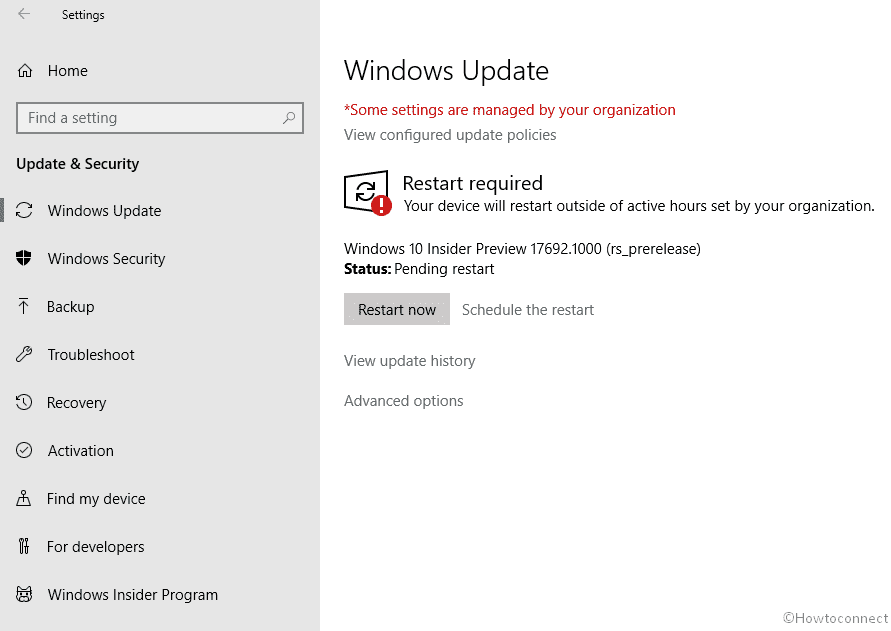 The charm of Windows 10 Insider Preview Build 17692 is SwiftKey that provides you with more accurate auto corrections and predictions. The feature learns your writing style that includes the words, phrases, and emoji. SwiftKey will now enhance your typing experience on the onscreen keyboard in various languages as English (US and UK), Portuguese (Brazil), French, Russian, German, Italian, and Spanish.

You will find a new setting in Microsoft Edge browser that enables you to manage if sites can autoplay media. This exists under Advanced Settings. Microsoft plans to extend this option further so require knowing your experience.

Microsoft introduces simpler automate testing in Microsoft Edge with WebDriver. Earlier this was a Windows Feature on Demand, but now WbDriver will be automatically installed. With  Windows 10 Build 17692, its binary will arrive to match

There are 2 ways to install WebDriver in the current build.  The is one is navigate to Settings => Update & Security => For Developers. Check the radio box against Developer Mode. And the second way is – install the standalone feature from the Program & features area or Optional features Setting.

Microsoft has updated WebDriver to meets the latest W3C Recommendation spec with important new enhancements. You can learn all about these changes over at the Microsoft Edge Dev Blog.

Multiple users were asking for bigger text size across the system. Microsoft has fulfilled the demand and you will find Make everything bigger option in Settings => Ease of Access => Display. The slider there will adjust text across the system, win32 apps, moreover, UWP apps.

That indicates that you are able to make text bigger in Start menu, File Explorer, Settings, and everywhere without making any change the overall scaling.

Microsoft is researching on text clipping, not increasing in size everywhere, and problems when changing DPI settings. 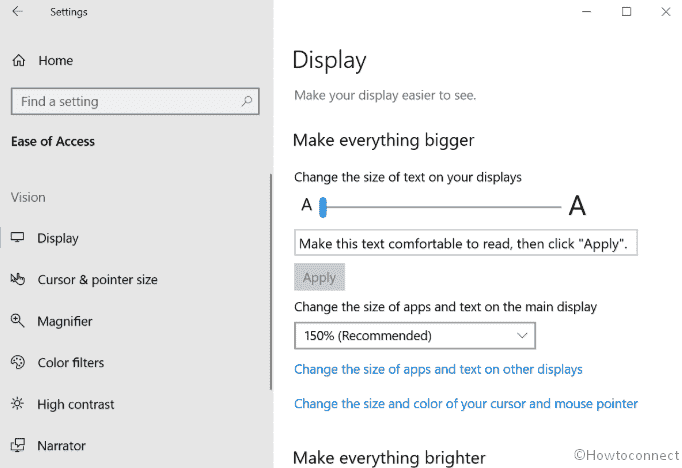 You will experience a bunch of updates to Narrator in Windows 10 Insider Preview Build 17692 Redstone 5.

Narrator includes a new keyboard layout and now it is familiar to screen reader users.

The Narrator will automatically read the texts of a dialog box it will come to the foreground. You will experience this Ease of access tool speaking the title of the dialog, the focused element in this and the static text. For instance, Narrator will read the title MS Word, the focus Save button and then static text in the dialog while closing a document.

Narrator includes a new Find feature that lets you search. If you find the text the tool will go there.

The Narrator can now display a list of links, headings or landmarks that exist in the apps furthermore content. You have the ability to filter the results by writing in the list or the text field of the window.

You can now use F9 to select a section of data jumping to one end and F10 from another end. Narrator scan mode feature allows for this with “Shift selection commands”. F10 will select all the content between the two points.

In the current build, Narrator Scan mode permit you use to walk around your screen using Shortcut Caps lock + Spacebar. This setting is already on by default in Microsoft Edge and you can toggle it off.. Up and Down arrow keys will help you to hear the Narrator reading various parts of the page. On 17692, the Down arrow will stop on interactive elements, so that you can use more simply. For example,  if you are reading a paragraph having some links, Down arrow will stop the ease of access tool.

You will see Audio controls in the game bar now. In addition, you can Change your default audio output device and mute or adjust the volume level of games and applications running.

You can display new game bar while Playing Forza Horizon 3. At this time, performance monitor, recording controls including audio options will be available. 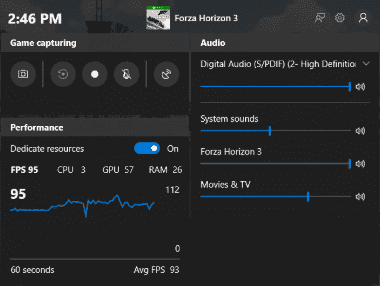 New Settings are now accessible for Game Mode that should improve the gaming experience on the desktop. Even Gamers will also view performance improvements when they toggle Dedicate resources despite a lot of background processes will be running. 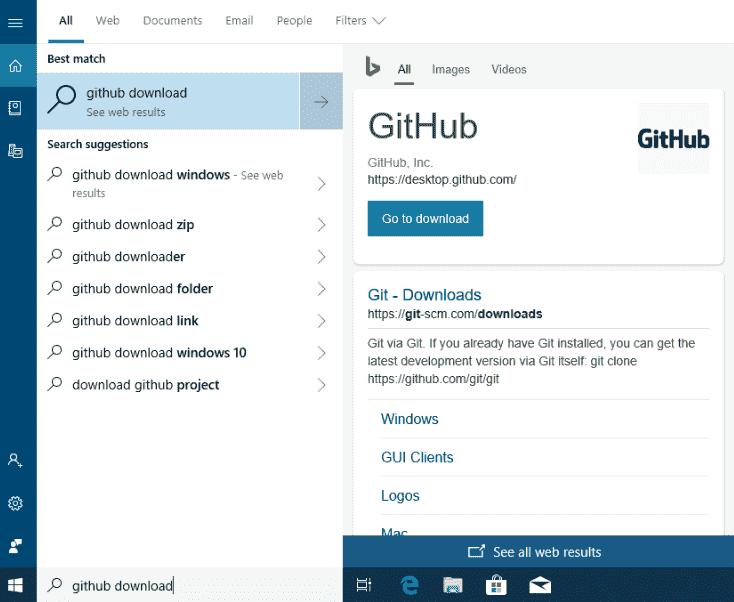 From build 17692, you can play audio to both the headset and the PC speakers at the same time. If you want to check, first confirm that you can hear sound from your speakers without running the Mixed Reality Portal (MRP). Thereafter listen to the headset’s audio jack or built-in headphones when the mixed reality is running. Now shut all apps, including MRP. Navigate o to Settings => Mixed reality => Audio and speech.. Disable the option saying When Mixed Reality Portal is running, mirror headset audio to the desktop. If everything goes correctly you should hear audio from both the headset and PC speakers when running MRP.

Mixed Reality Portal may encounter some more error to be more specific to certain failures. The MRP app will get updates via the Store now onwards.

They settled some games like Counter Strike: Global Offensive, that crashed on launch since the last 2 builds.

They fixed explorer.exe crash with AppXDeploymentClient.dll that occurs for some users.

Microsoft fixed a bug check (green screen of death) with the error SYSTEM_SERVICE_EXCEPTION in afd.sys.

The previous Build 17672 solved explorer.exe crash in structuredquery.dll. However, some users complain that the problem still troubles them. Windows 10 Insider Preview Build 17692 fixes it for the affected users.

Windows 10 Insider Preview Build 17692 improves discoverability, in Delivery Optimization Settings to and straightforwardly shows a list. You will find this under Settings > Update & Security.

Microsoft fixed in Edge error on Facebook.com that shows only the first contact name entered while logging in.

Windows Insider team solved right-clicking on the image and selecting copy wouldn’t work an issue in Edge. This error occurs when you select both images and text.

They settled down Windows Security app crash while adding processes to the exclusion list.

Microsoft has told about some Windows 10 Insider Preview Build 17692 errors that they know and working on.

You may encounter login screen crashing in a loop while using Picture Password method to sign in. Microsoft suggests insiders switch to another way to login before installing the build.

Microsoft is still working on the dark theme in File Explorer and the Common File Dialog problem. You may see some unwanted light colors on the interface.

You may find DRM video playback crashing issue in Netflix on Microsoft Edge. But you can use the Streaming app of Netflix to play videos.

You may confront with increased reliability and performance problem when launching Start.

The acrylic background may get missing on the taskbar flyouts (network, system tray, volume, etc).

The recent builds are suffering bugs that leads to some issues in driver testing scenarios. While running the test for HLK Device driver or its Component, you may encounter a bug check that stops the process.

Due to a merge conflict, Certain settings and their labels may go missing.

When Narrator displays an information to about a change in its keyboard layout dialog in the starting. You may find the Narrator not focusing or reading. You can use Alt + Tab in this dialog, which should cause it to speak.

Text and values in the Keyboard Settings in Ease of Access center are absent in 2 combo boxes.

When using Narrator scan mode you may face multiple stops for a single control. Microsoft is continuously working on this issue to fix out.

If you change Narrator’s default Narrator key to just caps lock the Insert key will continue to function until the caps lock key is used as the Narrator key or if the user restarts Narrator.

If the Ease of access tool key is set to just Insert and you try to send a command from a braille display then this will fail to work. So long as the Caps Lock key pay roles for the Narrator key mapping then braille support functionality will function as designed.

You may experience no announcement for Narrator command Scan Mode toggle, Volume up or down, changing verbosity, voice speed, moreover context verbosity.

The text will not be automatically removed from the dialog field while using Narrator Find.

This current build regresses the time when it takes to remotely deploy furthermore debug a UWP app to either a local virtual machine or an emulator. Kindly avoid 17692 if you believe deploying and debugging to a local virtual machine or an emulator for your UWP development. Please note, this does not impact the activities to a physical target device, or a remote machine. Microsoft advises the following solutions to alleviate some of the performance regression –

From an admin PowerShell window, run the Disable-NetAdapterLso cmdlet and pass in the virtual switch information using -name attribute.

You can execute Get-NetAdapterLso to retrieve the virtual switch information for the Virtual Machine.

You may encounter Game bar crash on x86 machines in this Windows Insider build.

The CPU chart displays a wrong percentage of usage in the uppermost left corner. The performance panel here is tough to be updated update by clicking through tabs.

The Gamerpic doesn’t show properly, even after logging in.