You will get the KB4458469 for 1803 Windows 10 automatically. Moreover, you can manually download .MSU file from Microsoft update catalog and install. 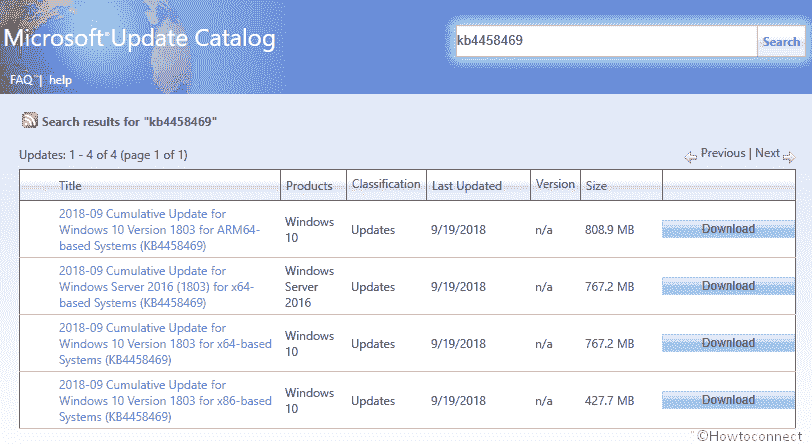 This update includes quality improvements. No new operating system features are being introduced in this update. Key changes include:

This cumulative update requires the latest servicing stack update (SSU) installation before receiving the KB4458469. If you already grabbed SSU (KB4456655) the current will be offered to you automatically.

Else, Navigate to Settings => “Update & Security” and  then click on Check for updates.

If you want to download KB4458469 as a stand-alone package, go to the Microsoft Update Catalog by following the link below –