Microsoft pushed another patch of cumulative update KB4464218 for Windows 10 v1803 Build 17134.286. This package includes only a single improvement regarding Microsoft InTune. The update does not introduce any operating system features.

You will receive KB4464218 for Windows 10 April 2018 update specifically Build 17134.286 via Windows update system automatically. If you want to install the patch manually using MSU file then Microsoft has placed a copy of the same on update catalog. 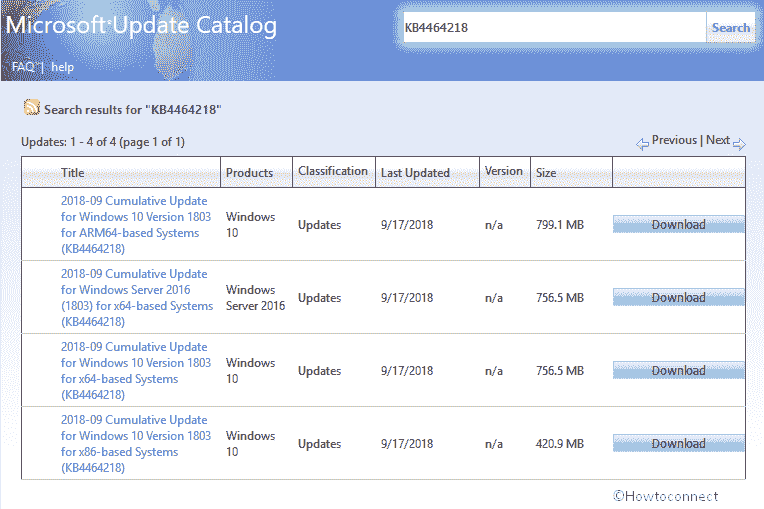 In this patch, Windows 10 team worked on Intune problem that happened after installing either of the updates sent in the middle of July 24 and Sept 11, 2018. During the issue, Windows does not identify the Personal Information Exchange (PFX) certificate. The PFX is used for the authentication to a Wireless or VPN connection. Consequently, Microsoft Intune spends a long time to deliver user profiles since it fails to recognize that the required certificate is on the device.

Microsoft first time discussed this Intune issue in the KB4457142 and started addressing this bug. In less than 4 days they came with the fix included in KB4464218.

If you have been regularly installing the earlier updates then this patch will only fix only Intune issue.

Microsoft is formulating every component of Windows 10 October 2018 update. They are testing the final codes on Insiders prior to the release. The company claims that this is the first error-free OS version. Dona Sarkar has written in a release note of a preview insider build “We’re just now beginning the phase of checking in final code to prepare for the final release”

Microsoft has not found any issues in this cumulative update KB4464218 till now.

Microsoft is not currently aware of any issues with this update.

However, you can download KB4464218 and install from settings area without making any effort from your side. If you have not got until now then simply follow the method –

Press the Windows logo key and I, both at the same time and let the Windows Settings appear.

Click on Check for updates in the next page and wait until the package is downloaded.

Reboot your PC and enjoy the cumulative update.

Once the downloading is over, double click on the MSU File. When you will view a dialog SmartScreen can’t be reached right now, select Run and let the patch install. 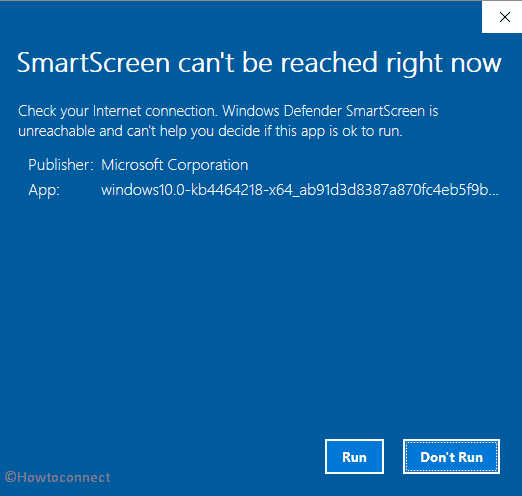 Finally, Restart the system to set everything.