Today, Microsoft has released KB4284835 for Windows 10 April 2018 Update Version 1803 and Windows Server 2016. The patches apply to OS Build 17134.112 and include several important fixes.  Now you will not have to face Black Screen error during Startup after installing this. 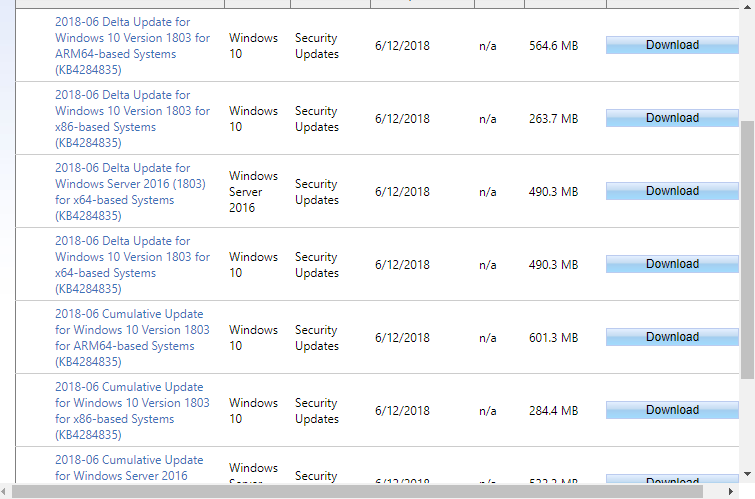 KB4284835 package is Cumulative and Delta updates as well. Here are key changes –

These protections are disabled by the built-in nature but Windows client (IT pro) users can follow the instructions in KB4073119. Utilize this information to enable mitigations for Speculative Store Bypass (CVE-2018-3639). Moreover, use the mitigations that have earlier been delivered for Spectre Variant 2 (CVE-2017-5715) and Meltdown (CVE-2017-5754).

Windows 10 developers try to settle down Internet Explorer (IE) problem that stops it from using an updated version of location services.

They work on games complications that fail to throw dialogs when connected to monitors that support interlaced display formats.

Microsoft addresses brightness control bug that is troubling on some laptops after updating to the Windows 10 April 2018 Update.

They solved firmware updates problem that sent devices to BitLocker recovery mode. This occurred when BitLocker remained enabled, but Secure Boot was either disabled or not present. This update blocks firmware installation on systems in this state. Administrators can install firmware updates by:

a) Temporarily suspension of the BitLocker,
b) Instantly installing firmware updates before the next Operating system startup,
c) And then restarting the device so that BitLocker can return back from the suspended state.

Microsoft has settled the black screen on startup problem in Windows 10 April 2018 Update 1803. This problem took place because previous updates to v1803 were incompatible with specific versions of PC tune-up utilities after installation.

If you have received former updates, only the fixes in this package will be downloaded and installed on your system.

For more information about the resolved security vulnerabilities, see the Security Update Guide.

Certain laptops having Windows 10 April 2018 update V1803 may encounter an error code An invalid argument was supplied. This issue will come when opening files or running programs from a shared folder with the SMBv1 protocol.

Enable either SMBv2 or SMBv3 on both of the SMB server and the SMB client, following KB2696547.

Microsoft is working on a fix for An invalid argument was supplied error that will be provided later in June.

Go to the right pane and perform a click on Check for updates.