KB4487029 is a new cumulative patch rolled out on Feb 19, 2019, for Windows 10. This is a bug fixing update that has arrived for version 1803 taking the operating system to Build 17134.619. The main issues which Microsoft addressed or fixed are – USB adapter cables, registry keys, Jet database, Japanese era, File Explorer and lots more. Furthermore, the update carries quality improvement and stability enhancement for various Windows programs.

You are able to download KB4487029 from the Microsoft update catalog site moreover, you’ll receive this patch automatically from Windows Update. However, the manual installation is a useful option when you fail to get the patch. Yet Microsoft didn’t find of any known issues with this update. 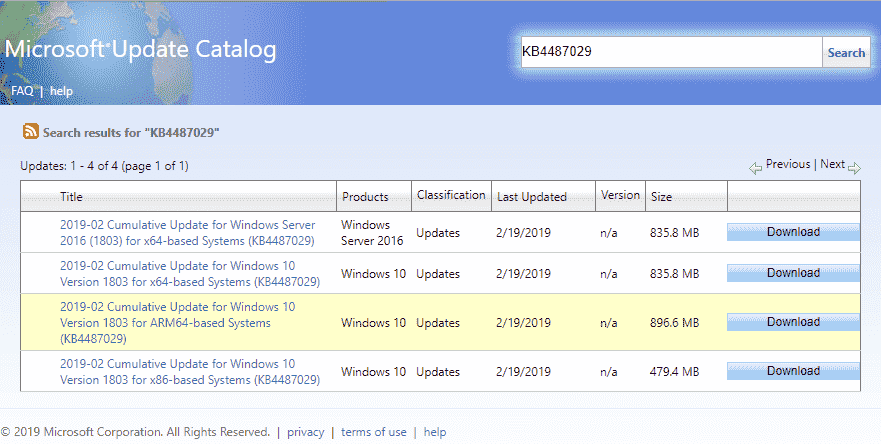 This patch includes “bug fixes”, quality improvement, and stability enhancement, and no new OS features are being introduced.

Note – Before going to download and install these new fixes, make sure that you have installed the earlier updates.

Prior to receiving the latest cumulative updates KB4487029, we strongly recommend you install the latest servicing stack update. Doing this, it’ll enhance the consistency of the update process in order to mitigate the potential issues.

Subsequently, select Check for updates button on the right side of the following page.