Cumulative update KB4503284 is another patch Microsoft rolls out for Windows 10 v1709, build 16299.1217. In this package, the team launches certain relevant security updates, fixes, and changes as well. It addresses the common issue of security vulnerability and Internet Explorer.

You will get this patch automatically through Windows Update. But if it fails to do so, then you can also grab its MSU file manually. See Windows 10 Cumulative Updates List. 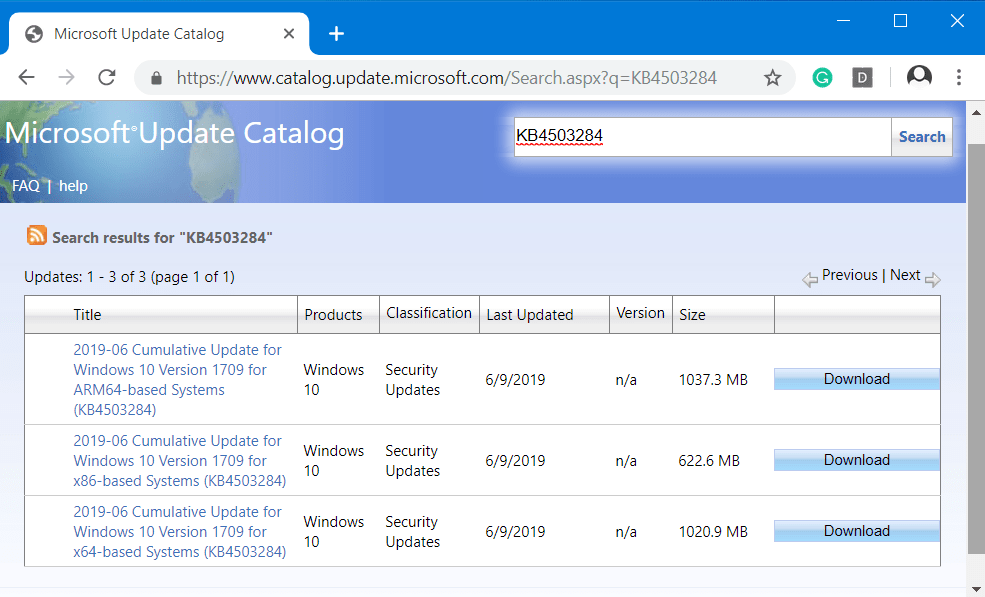 Your device may encounter an error “STATUS_BAD_IMPERSONATION_LEVEL (0xC00000A5)”. It occurs when you make an attempt to perform certain tasks (for example – renaming) on files or folders that are on a Cluster Shared Volume (CSV). This also happens to appear when you execute the operation on a CSV owner node from a process that doesn’t hold admin authorities.

As a temporary solution, you can try out any one of the following –

However, Microsoft is working on a resolution and will eventually roll out the same in an upcoming patch.

How to Get this Cumulative Update

Before you try to get KB4503284 for Windows 10 version 1709 and build 16299.1217, you need to ensure one thing. You should download and install the latest servicing stack update (SSU) which will enhance the update procedure by reducing the possible issues.

To get this cumulative update through Windows Update –

Step-3: Click Check for updates button on the right pane of the following page, This will detect, download, and install KB4503284 on your device.

But to grab the standalone package, simply navigate to the Microsoft Update Catalog page.