KB4515384 is the cumulative update came out for Windows 10 on today September 10, 2019. This patch arrived for version 1803 as quality improvement in order to take the Operating System to Build 18362.356. The issues on which Microsoft mainly highlights is Internet Explorer, networking technologies, managing files, and more. Along with these improvements, they focus on input devices such as a mouse, keyboard, or stylus.

You are able to grab KB4515384 as an MSI file format from the Microsoft update catalog site. To check out all the patches of the entire version then click on this link Windows 10 Cumulative Updates List. 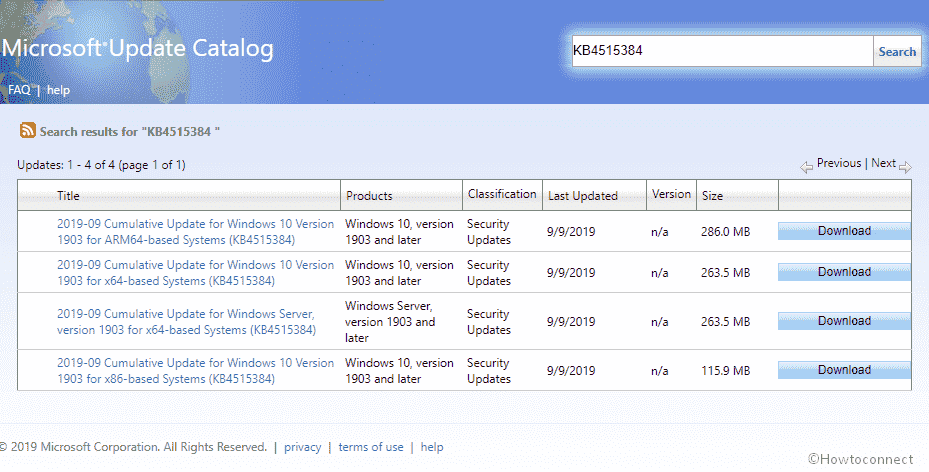 This patch having Build 18362.356 is actually a bug fixing update carries no new feature to the OS. It also does not include any known issue yet –

How to get September 2019 Security update for Windows 10

Before moving towards KB4515384, ensure to install the latest SSU. By doing so, it will mitigate the potential problems and will, therefore, enhance the performance of the update procedure.

You can easily get KB4515384 your Windows 10 device through the Settings app.

Step-1: First of all, press Win+I to invoke Windows Settings on your screen.

Step-3: Do a click on Check for updates button on the right pane of the subsequent page.

You are able to download the MSI format of the patch via the Microsoft Update Catalog.