I have already covered features about a Fotor app. It is possibly one the most feature-rich photo editor app for windows 8. The Fotor app offers a simple design, handy features. Now we have admired a new windows based powerful photo manager and photo editor software called kestrel GX. It seems an alternate option of Adobe Photoshop. All features of kestrel GX software are compatible for both part-time as well as professional photographers in order to edit the photos quickly and simply.

Related Post: Top 4 Android Video Editing Apps You Must have

How to use Kestrel GX software? 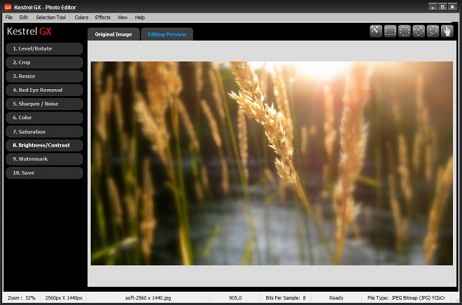 The complete features are used in the paid version of Kestrel GX photo editing software. But its trial version supports limited features. Kestrel GX software is compatible to run with Windows 8, Windows 7  (both 32 bit and 64 bit).