Microsoft released Windows 10 Build 17741 with noteworthy changes and fixes. The build includes improvement in Your Phone app and solved acrylic background for taskbar flyouts, Narrator, Spotlight, etc. However, you will get a few unknown issues like you found in the earlier builds like 17738, 17735, 17733, and other.

You can receive Windows 10 Build 17741 Redstone 5 on your system if you have opted for Fast ring level. The update will automatically arrive on your computer And all you need will restart it on a determined time. Here, we are with every detail of this build. 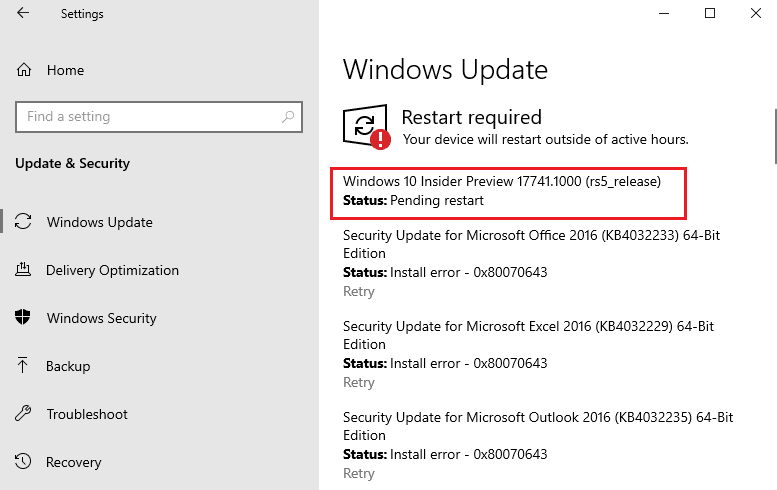 Microsoft emphasizes to give feedback for Your Phone app. Now the application is also available for Insiders in Skip Ahead ring level and running 19H1 builds.

You can access “Your Phone app” via “Notice a desktop pin” in the current build to view your content. Alternatively, open all apps list in Start Menu and locate the same to open.

Starting with Windows 10 build 17741, Now you can link your phone to the computer through this innovative application.

Windows 10 team updates the Emojis Panel that will now help you search and tooltips for Emoji 11. The keywords you use in the panel will also populate text predictions when you type with the onscreen keyboard.

When you closed an app through System tray next time it won’t open but existed only in the Systray. Microsoft resolved an issue affecting some apps that didn’t open in this case.

Windows insider team fixed Spotlight taking an uncommonly long time to change pictures after choosing “Not a fan” from under “Like what you see?”

They have increased the image size limit for the clipboard history from 1000 KB to 4000 KB to accommodate the potential size of full-screen screenshots taken on a high-DPI devices.

Microsoft solved the window was truncated after clicking on Notebook icon on Cortana.

They fixed a toast notification issue that does not appear after manually dismissing second time despite you hear a ding sound.

Microsoft solved an issue with Bluetooth & Other Devices settings section. When you opened this page the Settings app was automatically minimized to the taskbar when you tried to resume it would crash.

Windows 10 team fixed Date & Time Settings problem that would revert to Jan 1st when you first-time manually selected the date.

They solved Min/Max buttons in the Microsoft Store app frame that was overlapping the app content. This occurred when you used to switch from tablet into desktop mode.

Microsoft settled an issue ending up with share target windows not closing when you pressed either Alt+F4 or the X.

They resolved IME problem that was not able to type East Asian characters into forms in Microsoft Edge browser.

Windows insider team has made some modifications to improve the amount of CPU that cdpusersvc uses.
They solved bugcheck (Green Screen Of Death) that used to occur when you delete a local folder synced to OneDrive.

Your PC will bugcheck (GSOD) when deleting a local folder that is synced to OneDrive.

Make Text bigger setting in the Ease of Access category doesn’t work perfectly as the text size does not increase everywhere because of text clipping problems.

Narrator fails to read in the Settings app at certain occasions when you shift using Tab and arrow keys. As an alternative, you can try navigating to Narrator Scan mode temporarily. Moreover disabling again, this ease of access tool will now read when you navigate using Tab including arrows key. Otherwise, you can restart the Narrator as a solution to this problem.

Mixed Reality headset, after making configuration, for the first time with motion controllers, it may need to be troubleshooted a second time before appearing in the headset.