Before installing this update, ensure that as it is for Fast ring Insiders, it contains bugs and problems that might be painful for you. Simply navigate to the Windows Update settings page and grab the build. In this article, we will share all the details of this newly released 20H1.

The tech giant makes it a lot easier for you to view the current state of your language settings at a glance. The Global Language Experience team rolls out important improvements in Language Settings. It introduces a new user interface which lets you quickly know about the default languages that you are using for Apps & websites, Speech, Windows display, Regional format or keyboard. Once you find the settings as per expectation, you can quickly move on by clicking on one of the tiles which will eventually take you to further settings page to do the changes accordingly.

Microsoft also reveals that their usability studies and feedback have a certain number of users that fails to comprehend what the different language features empowered them to do. They can’t even figure out why some of the settings are grayed out. So, in response to their queries, the team reorganized the language features installation page. They have added tooltips along with descriptions for easy understanding.

Microsoft rolls out an update in the Feedback Hub. ‘Find Similar Feedback‘ is the new feature that the team introduces in this release. When you make an attempt to log a new piece of feedback, you will view a section. It will find if there is any existing feedback that sounds similar to yours. Instead of creating a new piece of feedback, you can now easily link your feedback automatically with the existing one. However, this is currently in the process to roll out to the Insiders with version 1.1904.1584.0. 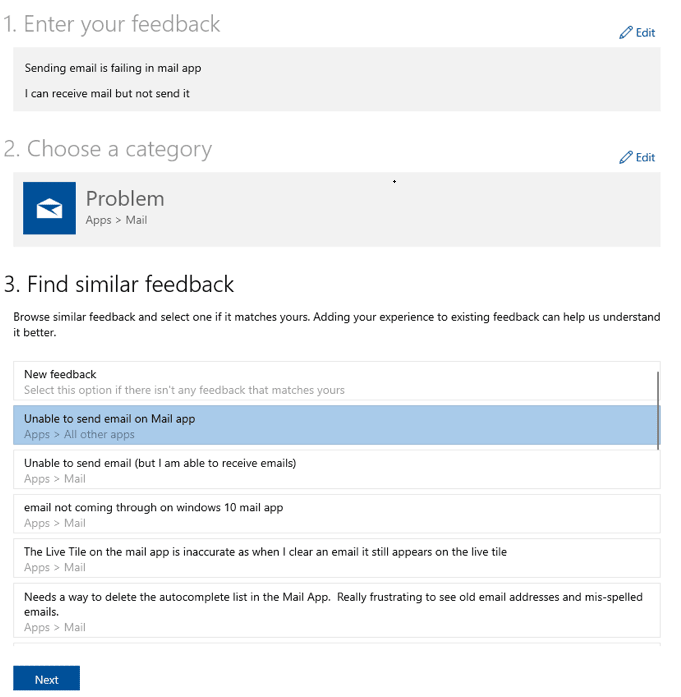 Furthermore, the Thank You page also gets updated in Windows 10 Build 18922 (20H1). You will have a direct button that will let you share your feedback. This will save your time of finding your feedback later on in the My Feedback section.

For the time being, this is in process of releasing to Insiders as an app update in the Microsoft Store (version 1.1904.1584.0).

Following are the known issues that Windows 10 Build 18922 holds –

“Optional content” is likely to fail when you install build from the Fast ring and later on switches to the other ones. As a result, you need to stay in the Fast ring only in order to carry out tasks like install, add, or enable optional content. This is necessary as optional content is entitled to be installed on builds approved for specific rings.