Windows Insider Dev channel branch has received another update. Windows 10 Build 20197 is the update that has brought out some improvements in the Settings and Your Phone app.

You will automatically get Windows 10 Build 20197 if you have opted for Dev channel in Windows Insider Program Settings.

Disk Management is a part of Settings now

To see, Navigate to Settings => System => Storage and select Manage Disks and Volumes. 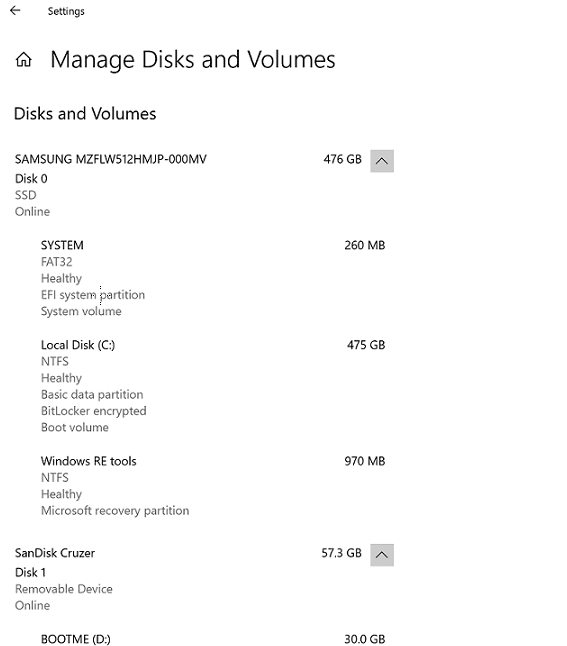 You have the ability to access your apps of the android device straight from your Windows 10 PC. Moreover, you can pin your favorite mobile apps to Start or Taskbar. The apps will open in a separate window allowing you to perform multiple tasks at a time on the big screen of your computer. From here, you can respond to a discussion, answer to social posts using mouse, keyboard, pen, and touch screen.