KB4493441 is rolled out for Windows 10 1709 on patch Tuesday. The update brings multiple improvements such as in stop error for SSH client program, Group Policy editor stops responding, and applications that use MSXML6. There is one known issue regarding Custom URI Schemes, however, Microsoft is working on a resolution and will offer an update to fix this.

You will get the patch automatically unless the Windows update is working fine and you have not disabled or paused it. In case, you want to download KB4493441 as standalone package you can follow the link at the bottom. See the details ahead. 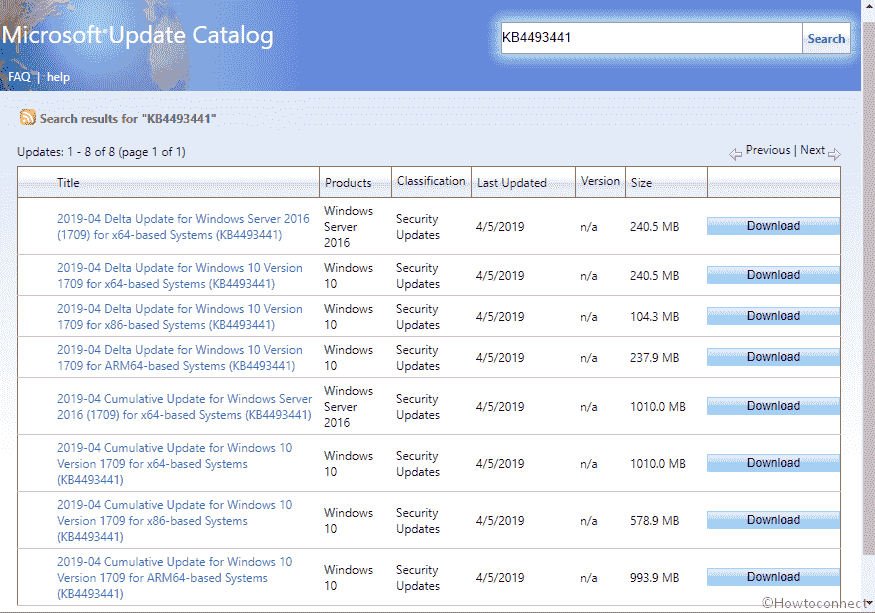 This patch includes quality improvements. Key changes of this cumulative update include –

How to get this cumulative update

Microsoft suggests installing the latest SSU before getting KB4493441. This will make reliability better for the update process to mitigate potential problem while installing the patch.

Windows Update will provide the latest Servicing Stack update (KB4485448) automatically. Moreover, you can get the standalone package of this SSU from  Microsoft Update Catalog.

If you find any issues navigate to the Microsoft Update Catalog and download KB4493441 as standalone package.